Gavin Rossdale and Gwen Stefani may have ended their nearly 13-year marriage in 2015, but the rocker still thinks his ex-wife is “incredible.”

The 51-year-old opened up to Fabulous magazine about his very publicized split, which included rumors of Rossdale’s affair with the couple’s nanny, admitting he wasn’t happy about going through a divorce.

“[Divorce] was completely opposite to what I wanted. Really not…but here we are,” Rossdale said. “Apart from death, I think divorce is one of the hardest, most painful things to go through.”

Rossdale says that although many good things came out of their relationship, there are plenty of things he would have done differently looking back.

“I know we all wish that, but we can’t, so I have to deal with reality,” he said. “You can’t not have regrets and be human at the same time.”

The Bush musician continued, “We had 20 years together and that in itself is pretty incredible. It’s a lifetime. I still think she’s incredible. It was a lovely 20 years and we have three amazing children. There were a lot of positives, and with time they’ll become more and more obvious.”

Rossdale says that he and the No Doubt singer remain committed to being amicable co-parents to their children.

“The one thing – the only good thing, because everything else is not good – is we care about the children and it’s about them. So we do everything to make this life change as seamless as possible.”

Stefani, who is now dating Blake Shelton, previously shared in an interview withGlamour magazine‘s December issue that she felt like a “failure” for ending her marriage.

“I don’t think you’ll talk to one person who didn’t make it in a marriage who’s not gonna feel that way,” she admits. “The intention of being married is the vow, right? You want to put everything into it to make it a success.”

She continued, “I had to work really hard at marriage, all the time, like everybody, but ours was extra hard, when you add that we’re from different countries, both of us being in music, and celebrity,” she tells the magazine. “[Marriage] was the one thing I didn’t want to fail at.” 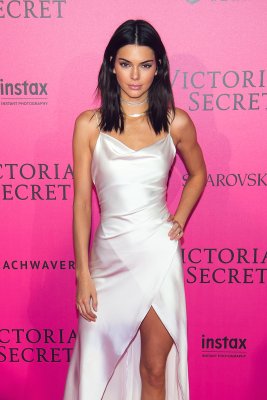 Kendall Jenner Wishes She Could Have Gone to the Women's March
Next Up: Editor's Pick