What to Know About the Ethics Lawsuit Facing President Trump

On Monday, a group of ethics lawyers is expected to file a lawsuit against President Donald Trump that claims his business dealings violate the Constitution’s Emoluments Clause.

The Emoluments Clause states, “no Person holding any Office of Profit or Trust under them, shall, without the Consent of the Congress, accept of any present, Emolument, Office, or Title, of any kind whatever, from any King, Prince, or foreign State.”

According to a release from CREW, the lawsuit will allege that because Trump “refused to divest from his businesses” payments he receives from foreigners visiting his hotels, making lease payments, or conducting real estate deals constitute as cash and favors from foreign governments.

“Trump does business with countries like China, India, Indonesia and the Philippines, and now that he is President, his company’s acceptance of any benefits from the governments of those countries violates the Constitution,” the release reads.

According to the New York Times, the suit will ask a federal judge to order Trump to stop accepting money from foreign governments. Eric Trump, an executive vice president of development and acquisitions for the Trump Organization, dismissed the action as political and told the Times on Sunday the organization had already agreed to donate money from foreign government guests at their hotels to the U.S. Treasury Department.

“This is purely harassment for political gain, and, frankly, I find it very, very sad,” the young Trump said.

A University of Iowa law professor interviewed by the Times argues payments made to the hotel do not violate the Emoluments Clause because the money goes to the business and not the president himself. 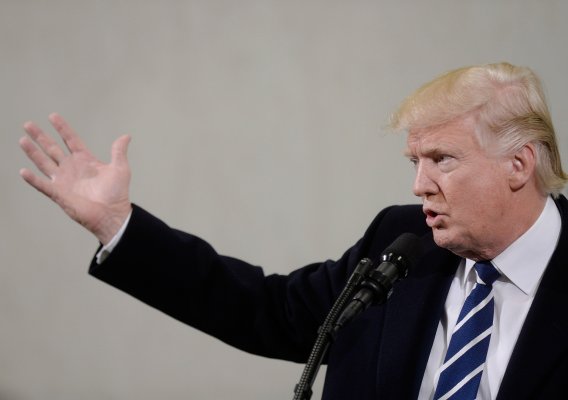 Donald Trump, God and the Depth of Faith
Next Up: Editor's Pick