Google Doodle paid homage on Monday to what would have been the 78th birthday of pioneering disability campaigner Ed Roberts — who fought throughout his lifetime for people with disabilities to have the right to fully participate in society — with artwork featuring the activist giving a lecture from his wheelchair.

The late American activist was paralyzed from the neck down after contracting polio at the age of 14. “I watched Ed as he grew from a sports-loving kid, through bleak days of hopelessness, into self-acceptance of his physical limitations as he learned what was possible for him to accomplish,” his mother Zona Roberts said, according to Google. His debilitating condition required him to use a wheelchair, and forced Roberts to sleep in a 800-pound iron lung at night.

Roberts’ lifetime of activism began in high school, when he petitioned against being blocked from gaining his diploma because he had not completed driver’s education and physical education. After receiving his diploma, Roberts went on to become the first student with severe disabilities to attend the University of California, Berkeley.

At Berkeley, Roberts’ activism took shape. “There, he led other Berkeley students with severe disabilities in creating the Physically Disabled Students Program, the first of its kind,” Google writes. Roberts went on to receive his bachelor’s and master’s degrees in political science from the college, later returning to lead the Berkeley Center for Independent Living — a project that became a model for disability rights around the globe.

Roberts became director of the California Department of Vocational Rehabilitation in 1976 and co-founded the World Institute on Disability in 1983. He died in 1995. 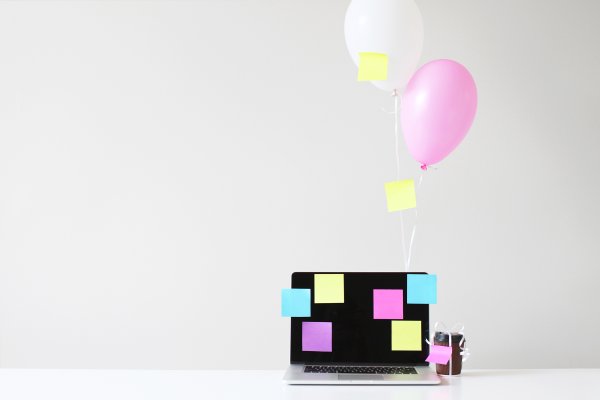 6 Desk Accessories To Spice Up Your Cubicle
Next Up: Editor's Pick