While calling for the maintenance of globalized free trade was high on Chinese President Xi Jinping’s recent agenda in Davos, no evidence suggests that facilitating the free flow of information is high on Beijing’s to-do list.

A notice from the country’s Ministry of Information and Technology says that all virtual private networks (VPNs), which allow Chinese Internet users to access blocked overseas websites, will have to be authorized by telecoms regulators. The move is likely to make most current providers of VPNs in China unlawful, reports the South China Morning Post.

The ministry cited an “urgent need to regulate disorderly development” of the web industry in the notice explaining the move.

Apart from VPNs, Beijing’s “cleanup” effort of the Internet connection business, which lasts till March 31, 2018, will also require all Internet-service providers (ISPs), data centers and content distribution networks (CDNs) in the country to be licensed by the government.

The move against unauthorized VPNs fits into a wider trend of tightening space for free expression in China. Last October, a report from the bipartisan U.S. Congressional-Executive Commission on China found signs of further encroachment on already limited basic liberties.

The Chinese state’s sweeping deployment of the Great Firewall is notorious, placing it dead last worldwide on the Freedom House’s Internet-freedom rankings. It has also been widely reported that the country employs an army of human monitors to manually sweep Chinese cyberspace for what is deemed unlawful activity, even within the country’s burgeoning tech firms. 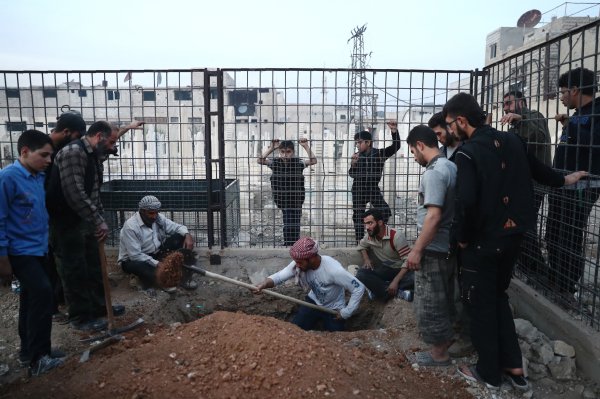 The Damascus Suburb That Could Be the Next Front in Syria's War
Next Up: Editor's Pick