President Donald Trump‘s counselor Kellyanne Conway said White House press secretary Sean Spicer used “alternative facts” when he falsely called the crowds at Trump’s swearing-in ceremony “the largest audience to ever witness an inauguration, period, both in person and around the globe.”

Spicer on Saturday gave a five-minute statement to the press riddled with falsehoods and claimed photos showing clearly that the audience for Barack Obama’s 2009 inauguration was significantly larger than Trump’s on Friday was an attempt by the media to “minimize enormous support that had gathered on the National Mall.”

Appearing on NBC’s Meet the Press, Conway staunchly defended Spicer, and said his untrue statements were “alternative facts.” When asked by host Chuck Todd why Spicer used his first appearance in front of the press to proclaim falsehoods, Conway said Todd was being “overly dramatic” about the statement.

“You’re saying it’s a falsehood, and they’re giving— Sean Spicer, our press secretary, gave alternative facts to that,” she said.

Todd countered Conway: “Alternative facts are not facts. They are falsehoods.”

Watch the exchange below. 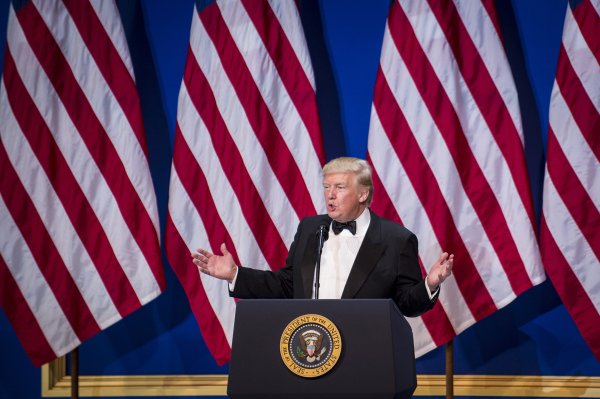 A Petition for President Trump to Release His Tax Returns Has Enough Support for a White House Response
Next Up: Editor's Pick