This is where Resident Evil needed to go. Back to baleful shadows on shabby wallpaper and gasping crawls under gungy floorboards. Back to residential spaces haunted by devotional ideograms and the sinister footfalls of unknown things. Back to a place where words like “Wesker” or “Redfield” or “Raccoon City” might as well be obscure incantations.

Resident Evil 7: Biohazard, a survival horror game out January 24 for PC, PlayStation 4 and Xbox One, starts as so many reboots do: by stripping away years of franchise expectations. The last few installments’ dalliance with run-and-gun action and global apocalyptic muddles is no more, supplanted by solitary locales and a creeping first-person perspective where even sprinting has the cadence of a crippled jog. Unearthly creatures and combat remain, but these take a backseat to puzzles premised on the sort of unhurried environment crawls pioneered by adventure games of the 1980s.

Director Koshi Nakanishi, whose approach to 2012’s Resident Evil: Revelations involved similar principles, executes these ideas best during the game’s tabula rasa outset, when all there is to see are bug-covered Louisiana wetlands, dilapidated dwellings and a steady parade of desiccated bodies. The protagonist arrives from nowhere in particular, a gradually weaponized cipher in search of his missing lover. What he finds instead is a cult. But unlike Resident Evil 4‘s Cthulian mobs, everything here has been distilled to a lunatic family with the predilections of the Jigsaw Killer in Saw.

It’s a neat trick, pitting players one-on-one against a handful of sadistic, supernaturally powerful miscreants who roam the setting’s intimate ramshackle passageways like Diogenes’ demented siblings. And it works while they’re center stage for the game’s first half-dozen hours, when what you’re mostly thinking about is simply how to get from one moment to the next without drawing their terrifying attention.

But this is gaming’s most storied survival horror franchise — meaning at some point it’s got to tie back into the metafiction. And so Resident Evil 7 does its best to make those connections, escorting players off through the swamps to an area reminiscent of superior sequences in Frictional Games’ Soma, before swinging round to a coda that’s as rote as they come. There’s even an odious “player reset” sequence that arbitrarily strips you down, then asks you to scrounge your way back to combat competency without so much as a gameplay wrinkle. Well wrought endings are rare things, goes the cliché, to which Resident Evil 7 brooks no argument.

Doing battle with the odd jump-scare monster feels initially fresh for its spareness—a handful of maneuvers linked to primitive melee weapons and a smattering of unexceptional guns. This is Resident Evil as experienced by an everyman, the range and fluidity of motion circumscribed by the protagonist’s Average Joe-ness. It’s also satisfying, if uninventive, to discover enemies can be disabled in proportion to whatever body part has been shot off — though in the end, the ineluctable efficacy of headshots makes this largely moot.

What’s interesting here is that the prior games so ingrained the presumption that medicine and ammo are precious beyond diamonds, that if you play Resident Evil 7 even half as cautiously, you’ll spend the game’s latter half with an embarrassment of riches. Save points and storage containers are ubiquitous, as is the option to reshuffle if you die during pivotal battles, taking all the wind out of inventory management. Factor in a ridiculously forgiving damage model, including an option to mitigate injury by “blocking” blows, and most of the game’s menace fades. (I played on the “normal” difficulty setting. There’s one higher, but you have to complete the game to unlock it—another pet peeve.) I wouldn’t go so far as to call Resident Evil 7 “casual survival horror,” but it’s in that direction.

Some things are easier to admire, like the clever and entirely optional thing the game lets you do with certain VHS tapes (to say more would spoil things). Or the rough and ready world design with its emphasis on fast, naturalistic visuals. And I love the idea of having to square off in artfully constrained spaces with a handful of dogged, behaviorally appalling enemies. Had Capcom developed the experience more purely around the latter, I’ll wager we’d be having a different conversation.

But they didn’t, and so it’s hard to say who this game is for. Casual players aren’t touching something with a “7” in the title (nor is it clear will newcomers). Fans of action-angled survival horror like Dead Space or Dying Light may balk at the game’s deliberately poky controls and too easily grasped opponents. Old-school fans seem like the obvious target. But survival horror is a crowded space in 2017, and too much of what Resident Evil 7 is up to we’ve seen elsewhere — and done better. 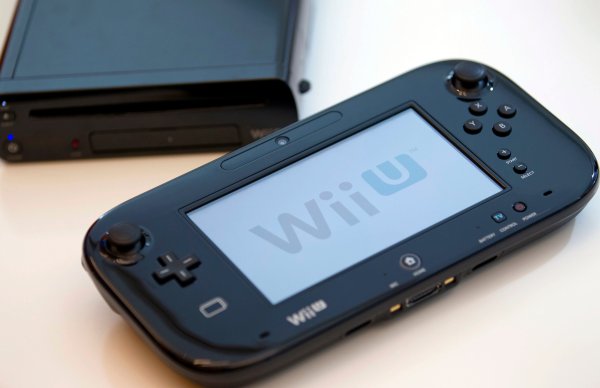 Here's a Great Reason to Dust Off Your Wii U
Next Up: Editor's Pick