White Nationalist Richard Spencer Gets Punched During an Interview

At the time Spencer said he was with two filmmakers who are making a documentary on him. The Australian Broadcasting Corporation said he was also talking to their Washington bureau chief.

Spencer was ringed by a handful of protesters and bystanders and arguing that left-wing protests had become more intense.

“I’ve given conferences for ages,” he says, “and we’ll usually expect some protesters. They’ll do Silly String or something like that.”

He then adds “We’ve entered this new world where the leftist protesters…” but is interrupted by an onlooker who asks him if he is a neo-Nazi, which Spencer denies.

From off camera, a female voice asks him “Would you marry a black woman?” Spencer does not answer.

An attacker then lands a punch on the right side of Spencer’s face before running off. Spencer reels down the pavement but maintains his balance.

The attack reportedly took place at 2:30pm at the corner of 14th and K Streets.

After the assault, Spencer posted a live video on Twitter, denouncing it as “serious,” “terrible,” and “occurring in the most cowardly fashion possible.”

Watch the attack on Spencer above. 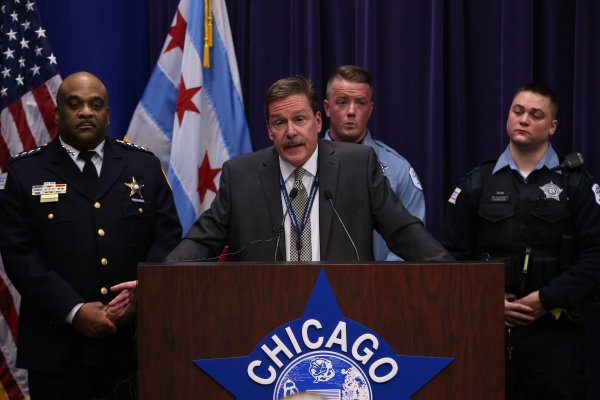 The Other Tragedy of the Chicago Torture Video
Next Up: Editor's Pick