In one of his very first substantive moves as president, Donald Trump signed an executive order Friday that will result in many first-time homeowners not getting a break on their mortgage bills.

Trump, who claimed a populist mantle in his first speech as a president, signed the executive order less than an hour after leaving the inaugural stage. It reverses an Obama-era policy.

The order will have the immediate effect of eliminating a planned reduction in the rate that most non-wealthy homeowners must contribute to the Federal Housing Authority’s insurance program. Beginning Jan. 27, most borrowers will have to pony up six-tenths of a percent of their mortgage each month, a quarter of a percentage point more than if Trump hadn’t removed the Obama-era reduction. Americans with $200,000 mortgages will pay roughly $500 more in 2017 than they would have if the rate reduction had stayed in place, according to the FHA.

Trump’s decision to undo the Obama-era rate reduction, thus resulting in an uptick on borrowers’ bills, will have very little effect on wealthier mortgage holders, since the program only applies to those with low incomes, middling credit scores or who have less than a 20% down payment on their homes. (Wealthier borrowers generally do not fit the program’s criteria.)

The Obama administration’s Housing and Urban Development Secretary, Julian Castro, issued the rate reduction just a few days ago on the grounds that first-time home owners needed help to access the market at a time when mortgage rates were rising.

Congressional Republicans, including incoming HUD Secretary Ben Carson, opposed that decision. They worried that, by reducing the amount that homeowners are asked to pay each month, the FHA’s insurance program would collect less cash. The FHA uses its cash reserves to underwrite banks when high risk borrowers default on their mortgages. Without large reserves, taxpayers could be on the hook to bail out the banks. The FHA required a $1.7 billion bailout in 2013, when its reserves dried up.

By allowing homeowners to contribute less to the FHA fund, the Obama Administration was putting taxpayers “at greater risk for footing the bill for another bailout,” House Financial Services Chair Jeb Hensarling of Texas said in a statement Jan. 9.

The FHA mortgage insurance program was designed in part as an incentive program for banks: If banks offered mortgages to first-time and lower-income home buyers, or those with less-than-stellar credit, then the FHA would maintain an insurance program to bail out the banks if and when that higher risk population defaulted.

The program helps borrowers who can only make relatively small down payments—of 3.5% or more—or have credit scores in the mid-500s.

Housing industry groups are split over whether Trump’s executive order removing the Obama-era rate reduction will affect home buying. It’s a relatively small increase, but some argue that lining the FHA’s coffers could allow the federal program to offer its services to more borrowers—thus helping more low- and middle-income buyers access credit.

Others, including Massachusetts Sen. Elizabeth Warren, argued that delivering low- and middle-income borrowers an even-higher mortgage bill was not in service of the “populist revolution” Trump promised.

“.@POTUS suspended a planned cut in FHA mortgage insurance premiums,” she tweeted on Inauguration Day, “which @nardotrealtor says will cost 40k families a shot at a new home.” 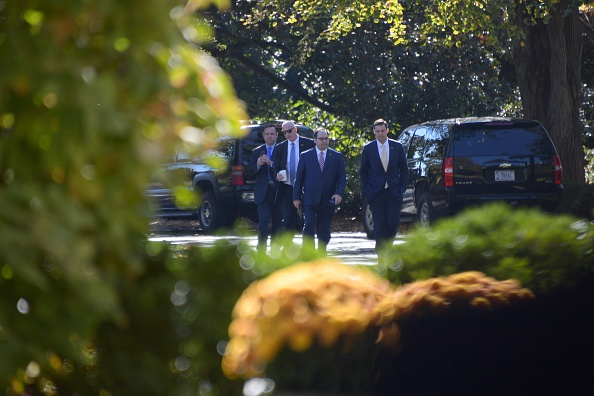