Maybe Heads of State Shouldn't Give Maps as Presents

German Chancellor Angela Merkel presents Chinese President Xi Jinping with a a map of China from the 18th century at the Chancellor's Office on March 28, 2014, in Berlin
BPA/Getty Images
By Emily Rauhala / Beijing

Chancellor Angela Merkel probably meant well. In Berlin last week, she gave her guest, Chinese President Xi Jinping, a 1735 map of China made by esteemed French cartographer Jean-Baptiste Bourguignon d’Anville (1697–1782). The map, part of a series by d’Anville, was based in part on information gleaned by Jesuit missionaries. It was well regarded at the time and republished for decades to come.

A perfect gift for a visiting dignitary, right? You would think so. But ever since the exchange, China’s Internet has been buzzing about the gift. Why did Merkel choose this particular item? What was the message in the map?

For students of Chinese history, the date jumps out. This was the height of the great Qing dynasty, specifically the year when the Qianlong Emperor ascended to power. He presided over a military expansion west and north, but his death, in 1799, is associated with the period of decline that followed.

And then there are the boundaries. The 1735 d’Anville map shows “China proper” as a landmass separate from areas like Xinjiang, Tibet, Mongolia and Manchuria. The island of Hainan is drawn in a different color, as is Taiwan. This depiction is utterly at odds with how history is taught here.

Another reasoned that it was the mapmakers, not Chancellor Merkel, who messed things up. “Merkel has no special connotation,” they wrote. “At that time German priests [sic] were not allowed to travel in such areas.”

Tibetan activist and blogger Tsering Woeser spotted the difference and pointed it out on her Facebook page. To express her dismay at the deception, she used a Chinese idiom that might be translated as “they are so good at perpetrating fraud!” More literally, the phrase means “to steal the beams and pillars and replace them with rotten timber.”

The lesson: maps mean different things to different people. And history is made of shaky stuff. 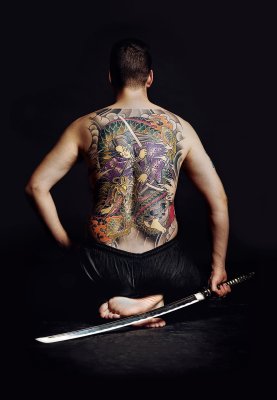 Japan's Biggest Crime Syndicate Has Its Own Website
Next Up: Editor's Pick