How to Recover From Emotional Exhaustion

A big fight. Or a day of parenting fails. Or maybe (yay!) an engagement. No matter the high or low from the day before, it can be hard to wake up and carry on as usual. So don’t. Here is some expert advice on how to react, restart, or return to earth after an emotional event. Ready? Let’s rise—and shine.

The Morning After: The Absolute Worst Day With Your Kids

First Thing: Go for goofy. Lightening the mood is good for you and them. “When my kids were younger, it was a smiley face on their waffle made with chocolate chips. Now that they’re older, I might text them first thing with a silly selfie of my epic bedhead,” says Rachael Pavlik, a parenting blogger and a coauthor of I Just Want to Pee Alone. Then, if you lost your cool during the Great Cheesecake Factory Meltdown of 2017, initiate the repair. “Say that you’re sorry for your part and that you didn’t like how you acted,” says Janet Lansbury, the author of No Bad Kids and the host of Unruffled, a parenting podcast. (P.S. Give back any toys that you confiscated in the heat of battle.) It can help to psych yourself up for another full day of mothering by pondering the Circle of Life. “Not the tear-jerking, Lion Kingified one,” says Johanna Stein, the author of How Not to Calm a Child on a Plane. “I think about the numerous horrors that I inflicted on my parents as a child and remind myself that my daughter will ultimately get her comeuppance when she becomes a parent. Revenge will be sweet!”

Keep in Mind: “As parents, it’s so easy to take it personally when we see our children do something rebellious,” says Lansbury. But if you zoom out, yesterday’s miserable behavior could have been a perfect storm of circumstances: You tried to go shoe shopping late in the afternoon, when everyone was tired. Your toddler was overstimulated. Your teenager is stressed-out about a project. No one had a snack. For greater insight into how it all went so pear shaped, solicit input from your kids. “Don’t be accusatory, which puts them on the defensive. Instead be curious,” says Jerry Weichman, Ph.D., an adolescent psychologist and the author of How to Deal: A Teen Survival Guide. “Say, ‘I’m wondering about the [insert shenanigans here] that went on. What upset you, and why did it upset you so much?’ The more that a parent can understand how their kid operates, the better.” And while you may want to rethink schedules or discipline if every day is a whopper, don’t make any dramatic changes until the dust settles.

Read more: 5 Things to Say When You Have No Words

The Morning After: The Worst News

First Thing: You’re under no obligation to start making lemonade immediately. Know yourself: “I’m not good at emotional multitasking, so when I try to soldier on like nothing’s wrong, things start to fall apart,” says Stein. Stay put beneath that duvet, and wallow if you need to. That said, many people benefit from staying in motion (rallying friends, organizing meals). “Meditation or exercise, when followed up with concrete action, can help shake the brain out of its threat mode— when we’re primed to anticipate future negative events and remember past ones,” says Ian Robertson, Ph.D., a scientist at the Center for BrainHealth, at the University of Texas at Dallas, and the author of The Stress Test. Or try this light-hearted (and temporary) distraction: “I call it ‘rando Baying,’” says Stein. “I enter three random words into the eBay search bar, and when I hit a combo with a single result under $10, I buy it. It sounds crazy, but it’s a reminder that life can be totally random. Sometimes it’s horrible, life-changing news, and sometimes it’s ‘blue,’ ‘chili,’ ‘fishhook’ earrings.”

Keep in Mind: When the show absolutely must go on, even with bad news weighing you down, name the elephant in the room. “I was once scheduled to give a speech at a conference, and right before that I got word that my daughter had been hospitalized,” says Marti Erickson, Ph.D., a developmental psychologist and a cohost of the podcast Mom Enough. “I couldn’t get a flight home until a few hours later, so I went ahead with the event. I began by telling the audience very briefly what I was facing. Just naming it helped me shift my focus to my topic and give a good speech.”

Read more: 6 Ways Your Relationship Is Good for Your Health

The Morning After: A Huge Fight With Your Spouse

First Thing: Evaluate your frame of mind before saying anything. Even if you did manage to kiss and make up last night, there may be lingering resentment. Go for a jog, visit the farmers’ market—anything that helps you decompress. “I have a one-sided, angrily whispered argument in the shower,” to deliver all the missed retorts, says Stein. Once you’re composed(ish), apologize, even if you are convinced that nothing was your fault. “Take responsibility for your specific failures—losing your temper, acting insensitively, whatever it was,” says Susan S. Raines, Ph.D., a mediation trainer and a professor of conflict management at Kennesaw State University, in Kennesaw, Georgia. “You could be surprised by the result. We teach in negotiation theory that making an unexpected concession can change the course of the discussion.” You might receive an apology in return or simply defuse the bomb.

Keep in Mind: There will probably be unfinished business. To assess how much digging is warranted, ask yourself, “Will this matter in one week, one month, one year?” For example, were you annoyed that your partner forgot to tell you that his mom is coming to visit—or is this really about how he doesn’t value your own family? “Let the small things go. Save your attention for bigger issues,” says Pavlik. 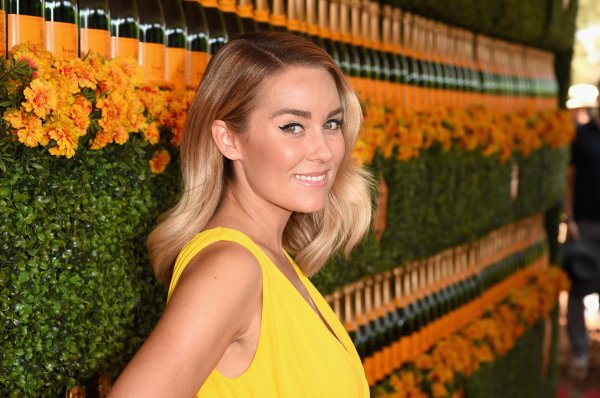 Lauren Conrad Has 4 Rules for Talking to Pregnant Women
Next Up: Editor's Pick