Their website, www.impeachdonaldtrumpnow.org, went live on Friday just as Trump was officially sworn in. It is run by two groups, Free Speech for People and RootsAction, which believe Trump’s possible conflicts of interest are grounds for his ouster, the Washington Post reports.

“The nation is now witnessing a massive corruption of the presidency, far worse than Watergate,” the campaign’s website says. “From the moment he assumed the office, President Donald Trump has been in direct violation of the U.S. Constitution. The President is not above the law. We will not allow President Trump to profit from the presidency at the expense of our democracy.”

The organizers are asking for supporters to sign their petition as they ask Congress to pass a resolution calling on officials to investigate whether there is enough evidence to impeach Trump.

The U.S. Constitution states that the President and all “civil officers” should be impeached for “treason, bribery, or other high crimes and misdemeanors.” However, government historians say while the House has initiated impeachment proceedings more than 60 times, less than a third resulted in impeachments. 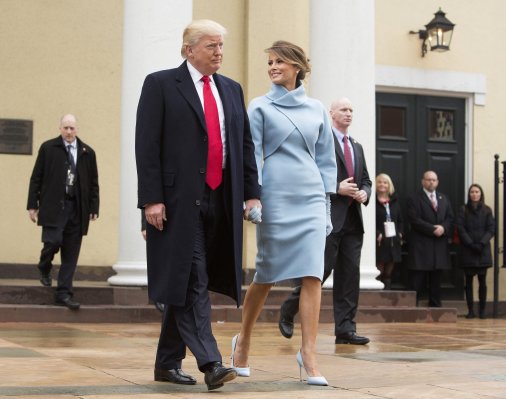 Read the Sermon Trump Heard Before Becoming President
Next Up: Editor's Pick