It Started Raining the Moment Donald Trump Was Inaugurated President

Rain began to fall the moment Donald Trump started giving his first speech as President of the United States on Friday.

Supporters of the new commander-in-chief took Mother Nature’s timing as a sign of cleansing, while his opponents perceived it as the sky joining them in mourning the transition of power. The rain in Washington, D.C., had been predicted. Trump himself said he would take the oath of office rain or shine during remarks he gave at a celebration concert on the eve of his inauguration.

“So, I’ll see you tomorrow,” Trump had told the crowd at the Lincoln Memorial on Thursday night. “And I don’t care frankly if it’s going to be beautiful or if it’s going to rain like crazy. It makes no difference to me.”

Those who gathered on the National Mall to watch Trump’s swearing-in started putting on ponchos and covering their heads from the rain as Trump began his speech about turning America around.

“We will shine for everyone to follow,” Trump said. 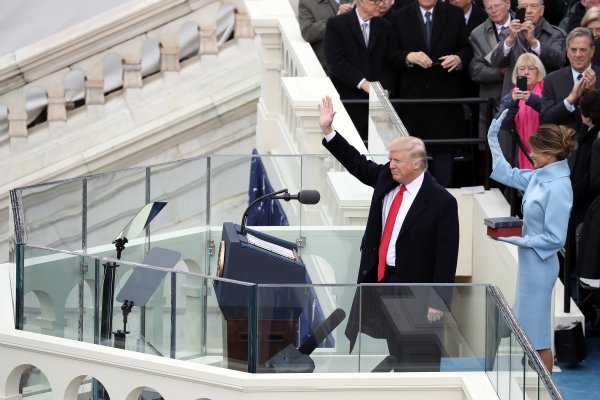