Watch Gloria Steinem and Harry Belafonte on the Future of Activism: 'It Is Now a Majority Movement'

Feminist icon, Gloria Steinem, and signer and social activist, Harry Belafonte, have both spent their lives advocating for social justice.

Now, as younger activists take the stage to protest the Trump administration, two of the honorary co-chairs of the Women’s March on Washington have this message to impart about where to go from here. In an exclusive video filmed at TIME for a story that appears in the magazine on stands now, Steinem and Belafonte discussed challenges facing activists then and now.

“The Ku Klux Klan has been a forever presence in our midst. Racism and oppression has been an eternal experience,” says Belafonte, who was an active member of the Civil Rights movement.

Steinem was optimistic about the future of activism.

“Sometimes I think, I just had to wait for some of my friends to be born,” she says with a laugh. “Because it is now a majority movement when, in our lives, it was not.” 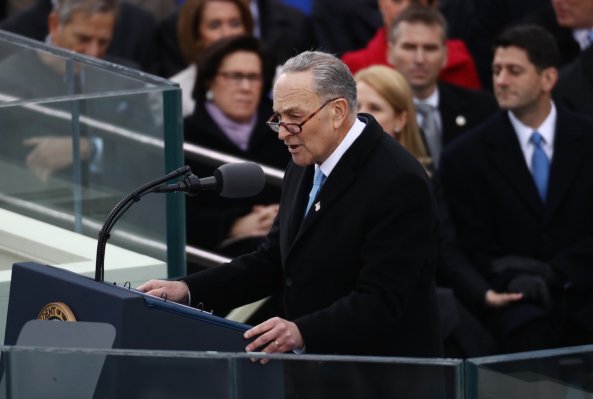 The Story Behind the Civil War Letter Read by Chuck Schumer at the Inauguration
Next Up: Editor's Pick