Obama's Final Phone Call as President Was to Angela Merkel

Barack Obama‘s final phone call as U.S. President was to German Chancellor Angela Merkel, during which he thanked her for her “strong, courageous, and steady leadership” and expressed “appreciation for their personal friendship”.

First Lady Michelle and Merkel’s husband Joachim Sauer joined yesterday’s call, according to a White House statement. “Given their eight years of friendship and partnership, the President noted that it was fitting that his final call with a foreign leader was with Chancellor Merkel, and he wished her the very best going forward,” it said.

The phone call came a day before President-elect Donald Trump’s inauguration. Trump has frequently criticized Merkel’s decisions, particularly over her open door policy over refugees from the Middle East and Africa. In an interview with the tabloid Bild earlier this week, Trump said he had “great respect” for the chancellor but she had made an “utterly catastrophic mistake by letting all these illegals into the country.”

Merkel is up for re-election on Sept. 24 this year and Obama came close to endorsing her candidacy last year. “I think she’s been outstanding,” the president said, during a speech in Berlin. “That’s a matter for the German people, but I value Angela’s leadership. If I were German and I had a vote I might support her. But I don’t know whether that hurts or helps.” 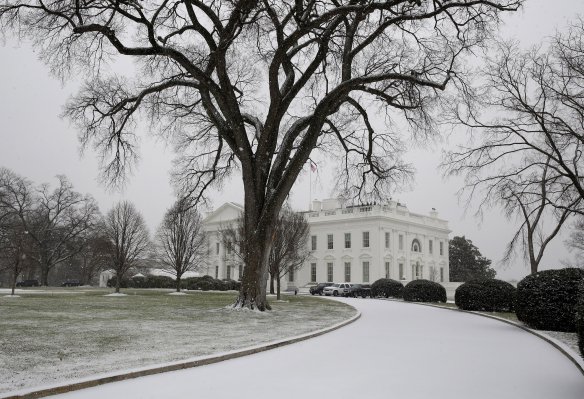 How the Permanent White House Staff Welcomes a New First Family
Next Up: Editor's Pick