Alicia Keys Thinks Boys Should Be Allowed to Paint Their Nails

Alicia Keys is not here for societal expectations when it comes to gender.

The 35-year-old singer-songwriter and actress opened up to Allure for its February cover story about how she is tired of hearing how both females and males should behave based on their sex.

As a mom to two boys with husband Swizz Beatz — Genesis Ali, 2, and Egypt Daoud, 6 — the other side of the coin is important to touch on, as well.

“I am so annoyed at the way we force boys to be fake strong — don’t cry, don’t be soft. Let a boy be able to dance!” she says. “Let a boy paint his nails. So a boy wants to paint his nails. Who cares! All these strange, oppressive ideas.”

Keys — who, aside from a long and flourishing musical career of her own, served as a judge on the most recent season of The Voice — adds that one form of media has made it extra easy to voice unwarranted opinions.

“You know what would be really cool? If we stopped offering our opinion unless asked,” she says.

“If nobody asked you, keep your mouth shut! Like with the Internet? That’s just too much opinion. People are mean. It’s a sickness.”

The entertainer and mother of two, who founded the We Are Here Movement, shares that her disappointment over the recent presidential election results affect herself as both an individual and a parent.

“It does hurt that racism was not a deal breaker for millions in the election. However, as an artist, I expect to continue to use my voice for things that matter, as I have since the beginning of my career,” she says.

“That won’t change. As an activist, I will continue to fight for what’s right. That won’t change, either. It’s time for all of us to be engaged. As a mother, I am a lioness.” 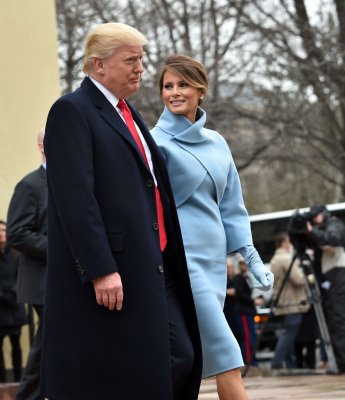 Melania Trump Wears Ralph Lauren at the Inauguration
Next Up: Editor's Pick