After President-elect Donald Trump shared a picture of himself writing his Inauguration speech, Trevor Noah took it upon himself to prepare viewers for what he jokingly dubbed as promotional photos for the TV series President.

“You have to get used to the fact that you’ve elected a reality show President, and you should know a publicity still when you see one,” Noah said on Thursday’s episode of The Daily Show. The host then showed a clip of Trump hitting the red carpet for The Apprentice mouthing his “you’re fired” catchphrase for the cameras.

“We’re only gonna see more photos of this throughout his term,” he said before cycling through a series of Photoshopped portraits of extreme scenarios related to Trump’s campaign promises. “Here I am balancing the budget all on my own. Hey, here I am bringing jobs back from Mexico,” he said in his best Trump caption voice. 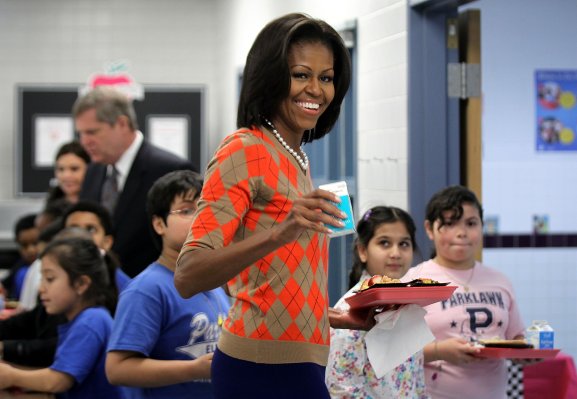