The Story Behind One of President Obama's Most Touching Photographs

By Olivier Laurent and Julia Lull

In the eight years that Pete Souza photographed President Obama, many of his images have gone viral. But one will go down in history as the most iconic.

For Souza, there’s no doubt that the image is one of the most iconic of Obama’s administration. “It’s kind of a grab shot but it just tells you a lot about him as a person that he would not only be willing to bend down like that but have this little boy touch his head,” he says.

The photograph is one of the many that show Obama interacting with kids. “A lot of staff people have had kids during this administration so he loves to invite [them] to bring their kids in to the Oval Office,” says Souza. “You can sort of see what he must have been like as a dad when Sasha and Malia were one and two based on how he interacts with these young kids now. Have you ever seen a picture of the president of the United States literally lying on the floor hoisting up a little girl, she has got her elephant costume on, or crawling around on the floor with Jen Saki’s daughter? It’s like a break in the day for him that he relishes and I think it tells you a lot about what he is like as a person.” 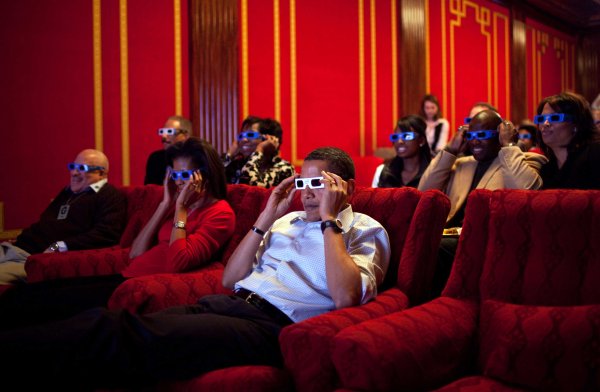 Behind the Most Powerful Photos of Obama's Years in the White House
Next Up: Editor's Pick