Meitu via the App Store
By Lisa Eadicicco

Camera apps like Instagram and Snapchat usually enjoy a comfortable spot at the top of the App Store charts. But a photo editing app unfamiliar to many smartphone owners in the U.S. has steadily climbed the rankings in recent days: Meitu.

The app has existed for years, and is widely popular in China and other Asian markets. Its parent company of the same name made headlines late last year when it was valued at nearly $5 billion, after raising the equivalent of $629 million from investors, CNNMoney reported.

Still, its namesake app has recently enjoyed a growth spurt that has it currently ranked 33rd on Apple’s charts for the top free iPhone apps, according to analytics firm App Annie. This places it a few spots above Yelp and SoundCloud and several slots below Google Drive and Waze. It’s still a ways away from the top, but it’s a noteworthy jump considering Meitu was situated in the 418th spot just two days ago on Jan. 17.

If you don’t know Meitu by name, chances are you’ve seen its work on Instagram or Facebook. One of the app’s most distinguishing features is its so-called hand-drawn special effects, which apply filters to selfies that often enlarge the subject’s eyes and gives them a glossy look. The result is a portrait that looks like it could have been ripped from an anime cartoon, as shown below:

While it’s this effect that’s been dominating social media feeds, it’s far from being the only editing tool Meitu offers. The app includes a comprehensive variety of ways to customize and tweak photos, including the ability to add frames, stickers, text, blurring, and apply dozens of different types of filters.

Unlike Instagram, Meitu’s offerings are sorted into various subcategories. Beautify, for example, includes filters that experiment with lighting and skin tone, while the Artistic collection offers filters that exaggerate colors and textures. Meanwhile, a separate section of the app is dedicated to retouching, with options to smooth skin, remove acne, and firm wrinkles.

Meitu is just one of the photo editing apps the company offers: separate apps for adding makeup effects, airbrushing selfies, and shooting music videos are also in both the App Store and Google Play Store.

It’s unclear whether Meitu will sustain its newfound popularity in the U.S. for long. Photo editing app Prisma experienced a bump in popularity around August, but is no longer in the top free iPhone app charts, according to App Annie. 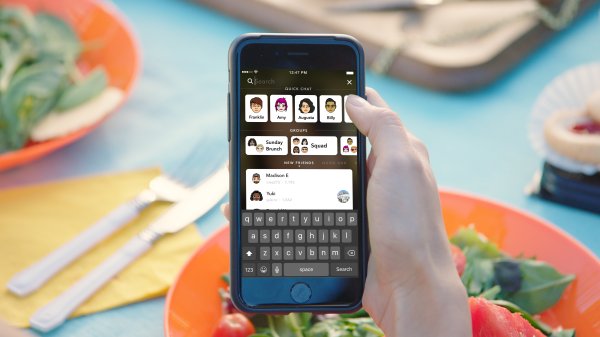 Snapchat is About to Become Much Easier to Use
Next Up: Editor's Pick