This Smart Lock Will Make You Actually Want a Smart Lock

Kwikset Premis
Kwikset
By John Patrick Pullen
Each product we feature has been independently selected and reviewed by our editorial team. If you make a purchase using the links included, we may earn commission.

Smart locks are mostly a gamble: They promise the ability to unlock your home with only your smartphone, but it’s hard to shake the feeling that they’re somehow less secure than regular deadbolts. The Kwikset Premis, however, packs all the intelligence you want in a door lock while still keeping your pad on lockdown.

A few things brought me to installing this new, $229 smart lock in my home. First, I’ve long been a fan of Kwikset’s SmartKey system, which lets homeowners re-key their own locks. The result: one key now opens my front, side, and garage door, meaning there are fewer keys taking up space on my keychain. Second, though I review all sorts of smart home gear, I prefer the (moody and often frustrating) Apple HomeKit framework because of the company’s strong stance on security. And finally, I previously reviewed Kwikset’s original smart lock, the Kevo, and knew in my heart the company could do better the next time around. I’m happy to report that it has.

An app-connected smart lock controllable via Siri on iPhones and iPads, the Kwikset Premis looks like a key-code touchpad with a keyhole, the kind of thing you’d find before smartphones took over the world. And that low profile — it has no exterior LEDs or digital chimes — gives would-be crooks the impression that they can’t hack their way into your home. (In reality, it’s easier to kick in a door than it is to decrypt a lock, anyway.) Meanwhile, its innards are part conventional lock, part Bluetooth-packing gadget.

While you can unlock the Premis by using a key or by asking Siri, the more impressive feature is its keypad access, managed through the app. You can program codes for yourself, family members, housekeepers, you name it. This capability isn’t new by any means, but it makes it easy to give and revoke access to whoever might need it, no keys required. You also get notifications via iOS when the door locks and unlocks, helping you stay aware of who’s coming and going.

Though the Premis is a new product, it builds off the hardware designed for the Kevo, a lock that gave me fits when it was released. Unnecessarily bulky, the casing that housed the earlier lock’s electronics was hard to affix to my door. Also, the earlier lock’s wiring was fragile and ripped out while I was installing it, causing me to return the unit. The Premis has no such flaws, with a reduced footprint above my doorknob and a one-wire installation that took minutes.

I used to dream that I could go for a run with my iPhone and leave my jangling keys behind. Now I can do it without a phone, thanks to the Premis’ keypad access. What’s next, a lock equipped with its own fingerprint-reading sensor? Even I’m not ready for that, yet. 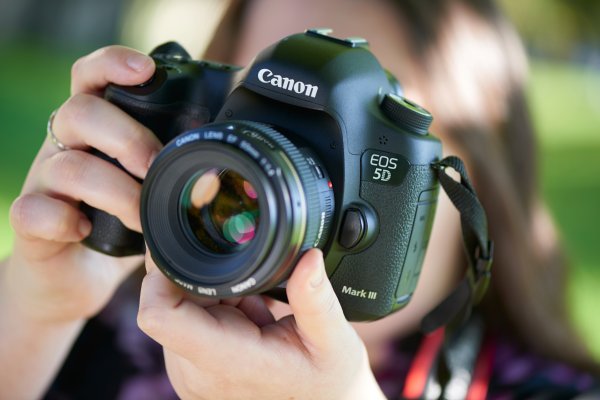 Why It's Still Worth Owning a Digital Camera
Next Up: Editor's Pick