A crowdfunding campaign to put a photo of two hijab-wearing girls on billboards across Australia has raised over $150,000, after the image was withdrawn from an ad in Melbourne following social media outcry.

The image of the pair of girls was removed last week from a Melbourne sign advertising an Australia Day event after QES, the company hosting the board, allegedly received threats and objections from far-right groups. The Guardian reports that Campaign Edge, an advertising agency, set up a crowdfunding campaign in response to the controversy, calling for the image to be reprinted in an Australia Day campaign.

Dee Madigan, the agency’s creative director, said she started the fund because she “felt like the bastards were winning” when the image was removed.

Political tensions over Muslim immigration into Australia have been worsening with Senator Pauline Hanson, leader of the country’s right-wing One Nation party, having previously called for a ban. “It’s just not O.K. and it feels lately like there’s been – with Hanson and even Trump – more permission for people to be more overtly racist,” Madigan said.

After more than $120,00 was donated in 24 hours the campaign expanded and now seeks to erect dozens of billboards across Australia. Surplus funds will now be donated to Indigenous groups.

Australia Day is a contentious event, with some groups claiming that it celebrates the dispossession of Indigenous people. Comedian Aamer Rahman described the campaign as a “novel and expensive way of throwing Aboriginal people under the bus”. 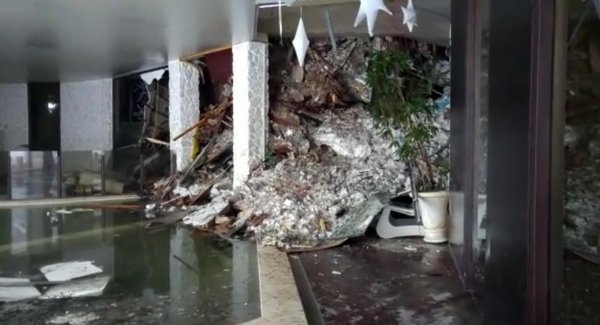 Many Feared Dead After Avalanche Strikes Hotel in Italy
Next Up: Editor's Pick