They don’t see eye to eye with Donald Trump on Russia. They don’t agree on trade or tariffs or the details of reworking the tax code. They’ve said his disregard for NATO is dangerous and called his immigration proposals political suicide.

And that’s just the start of congressional Republicans’ sharp differences with the President-elect. Trump’s plan to dole out a billion dollars in infrastructure spending, his promise to provide universal health care coverage, his commitment to bolstering entitlement programs instead of trimming them—all of these ideas were anathema to conservatives during Barack Obama’s administration.

But winning has done wonders for GOP flexibility. Many of the same Republicans who fought bitterly over the last eight years against policies Trump is touting seem ready to tolerate them for now. From right-wing think tanks to the leadership offices in the Capitol, the doctrinaire conservatism that Republicans invoked to oppose Obama’s agenda has melted away amid giddy visions of all they can accomplish under one-party rule. “Welcome to the dawn of a new unified Republican government,” House Speaker Paul Ryan announced after Trump’s surprise victory.

How long that unity will survive is a different story. As Trump prepares to be inaugurated on the west front of the Capitol on Friday, the biggest question looming over Washington is whether congressional Republicans will govern according to conservative principles or bend to the whims of an unorthodox new President with a sharp tongue and a fervent group of populist supporters. Fear and awe are powerful motivators.

There have been fitful signs of Republican resistance. Party veterans on Capitol Hill have sharply criticized the President-elect’s views on Russia and his criticism of the leaders of the U.S. intelligence community. Others have urged him to delete the Twitter account that he has used to litigate feuds with critics like Rep. John Lewis, a Democrat from Georgia and a civil-rights icon. Lonely constitutional conservatives have excoriated his policy proposals as fiscally irresponsible. “We can’t afford more spending and more debt, regardless of whether it’s demanded by a Democratic president or a Republican president,” tweeted Michigan Republican Justin Amash, explaining why he would vote against the House GOP’s bloated budget, which included instructions to begin the process of repealing Obamacare.

Yet there’s been no coherent chorus of Republican opposition. So far the GOP has largely stood behind Trump’s Cabinet nominees. When tensions have flared, senior Trump advisers, congressional leaders and powerful outside groups with grand visions of reshaping Washington under unified GOP control have scrambled to douse the uprisings. Their pitch warns agitated conservatives to focus on the big picture. Long-cherished GOP goals such as tax reform and the repeal of the Affordable Care Act are at the top of the party’s agenda and within striking distance. Trump has said he will nominate a conservative Supreme Court justice during his first two weeks in office. There are spoils to be collected.

The Republican donor class, most of which never embraced Trump, is holding its fire for now. Conservative kingpins like Charles and David Koch can only groan at Trump’s intervention in corporate decisions. When Trump brags about cutting deals with corporate bosses that preserve American jobs, free-market industrials see an example of doling out corporate welfare. The Kochs sat out the 2016 presidential election but are unlikely to sit idly as Trump intervenes into individual boardrooms. And the Kochs have tremendous sway in the halls of Congress—and not least because one of their longtime operatives, Vice President-elect Mike Pence’s former chief of staff, Marc Short, will be leading the White House’s relations with the legislative branch.

Privately, GOP lawmakers are burning up Pence’s phone, trying to suss out just how serious Trump is when he stakes out new ground on policy—how malleable he may prove. Pence is telling former House colleagues and friends in the Senate that the Trump Administration will not be cause for alarm. Similarly, incoming West Wing anchor Jared Kushner, Trump’s son-in-law, has been taking calls from skittish Republicans about how Trump will navigate his first job in government. Incoming counselor Kellyanne Conway and chief of staff Reince Priebus have also been trying to ease allies’ fears.

Yet Trump’s inner circle—which includes few officials with senior-level experience in government—knows the challenge ahead. They won the nomination and then the White House by rallying crowds against institutional Washington. “Drain the swamp” was a powerful slogan against the District of Columbia and its professional political class. Trump’s voters will be looking to Trump to deliver on that promise. Yet delivering on his pledge to “make America great again” might hinge on how well the incoming administration can manage the levers of Washington power and massage the egos and political demands of his own party.

Trump has shown little deference to party principles. In an interview with TIME in November shortly after winning the White House, he professed a willingness to ignore years of GOP budget-consciousness in the name of fiscal stimulus. “Sometimes you have to prime the pump,” he said. It was an argument the GOP has spent the last eight years railing against.

Yet there are also signs that Trump is willing to yield to the legislative branch’s wishes and the realities of governing. His massive infrastructure plan is being scaled back and delayed. He’s walking back criticism of House Republicans’ tax plans, and providing more GOP-friendly talking-points on his Obamacare replacement. There is nary a mention of that “deportation force” Trump wanted to deploy to move immigrants in this country illegally to the other side of that wall along the U.S.-Mexican border.

At the moment, Republicans have had muted responses to Trump’s notions. But all relationships have a breaking point, and the unity that Republicans are trying to project may falter this spring when the White House and Congress start collaborating on a bill to keep the government open.

Trump already has tested the GOP’s flexibility. Just ask the local elected officials who chose to ignore or excuse Trump’s comments about women, Hispanics and policy. Without Trump’s electoral movement energized, 2018’s elections could end up a disappointing referendum on the President, and standing with arms linked with Trump may prove bad politics—especially if Trump’s movement stays home with their idol off the ballot.

While the control of Congress will almost certainly not be swayed in two years, a sour turnout would boost Democrats in a year where they are on the defensive. So while Trump may win in the short term, the victories may spell bigger losses for his party in the coming years. 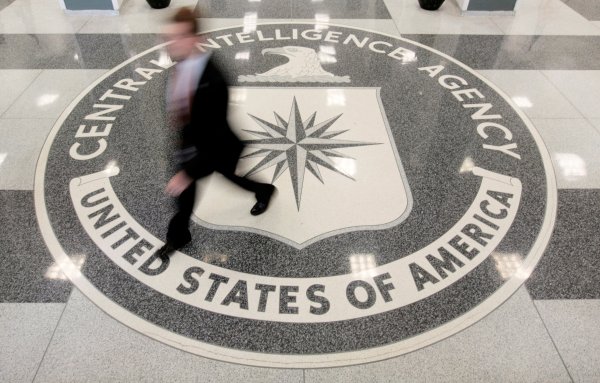