Dinah PoKempner is the general counsel at Human Rights Watch.

President Obama did a compassionate and good deed in commuting Chelsea Manning’s 35-year sentence—the longest by far for leaking U.S. government secrets to anyone, for any reason. Manning has suffered torture, prolonged solitary confinement (as a person at risk of suicide) and a constant struggle to obtain appropriate, affirming treatment for gender dysphoria in the all-male Fort Leavenworth military prison.

Manning’s disclosures to WikiLeaks in 2010 were voluminous, but she had no chance to argue at her trial that they were in the public interest or exposed wrongdoing, and the government never had to prove that the leaks did serious harm. (It still hasn’t.) That’s because the benefit/harm question is irrelevant to the antiquated 1917 Espionage Act, which was designed to punish people who leaked government secrets to a foreign government, not to the media.

Obama’s good deed, however, should not obliterate his otherwise awful legacy on whistleblowers and leakers. Under Obama’s administration, more people were investigated and prosecuted for leaks than under all other U.S. presidents combined. Journalists were harried to rat out their sources until then-Attorney General Eric Holder finally conceded that reporters shouldn’t be punished for just doing their job. The administration never attempted to fix the Espionage Act. A former Assistant Inspector General in the Pentagon disclosed that, far from being protected when using “official channels,” National Security Agency whistleblowers were subject to retaliation and punishment—making Snowden’s decision to go straight to the media a wise one. The Insider Threat Program, implemented by Obama, further dried up sources of even unclassified information by requiring federal officials to report on each other’s suspicious behavior.

Why doesn’t Obama pardon Edward Snowden? Officials have told the media that Manning at least “expressed remorse,” and went through the criminal justice system. Snowden believes he did the right thing, and an awful lot of people—in this country and around the world—agree that it was vital to expose the mass surveillance and invasion of privacy the NSA was committing behind the backs of most of Congress and the American public. Even Obama, in announcing a wide swath of reviews and reforms in response to the global debate Snowden ignited, said “One thing I’m certain of: This debate will make us stronger.”

Snowden conditioned his disclosures to experienced journalists on their releasing only what was in the public interest, keeping individuals from harm and consulting on possible harm with the U.S. government before publication. He wasn’t heading to Russia—he was stranded there on his way to South America when the U.S. cancelled his passport. And despite various unfounded allegations, there is no evidence he gave the Russians any secrets. Indeed, journalists saw him delete files from his devices before he left, and he has since robustly criticized Russia’s policies on human rights, poking the bear.

Snowden has not taken up the invitation to return to the U.S. to face trial. That trial would in all likelihood be as unfair as Manning’s, his sentence probably as egregious, and he would not get to explain why he made disclosures or argue that the benefit to all of America outweighed any harm.

Snowden never asked for his own pardon (though he eloquently urged clemency for Manning). But major human rights groups have, along with more than a million people who petitioned President Obama. And no, you don’t have to file a bunch of paperwork to get pardoned—the power of pardon is not bureaucratic. Presidents can, and have, pardoned people who have never been tried, such as Vietnam draft resisters, indeed often when it would serve the public interest.

At the least, pardoning Snowden would signal that protecting whistleblowers in the intelligence community is critical to a democracy. It would underscore the need for real protections and real reforms, and it would bring him safely home. It would broadcast to the rest of the world that that the U.S. does care about rights—even the rights of people beyond its borders—and that real national security is tied inextricably to taking rights seriously.

Do the right thing, Mr. President. There isn’t much time left. 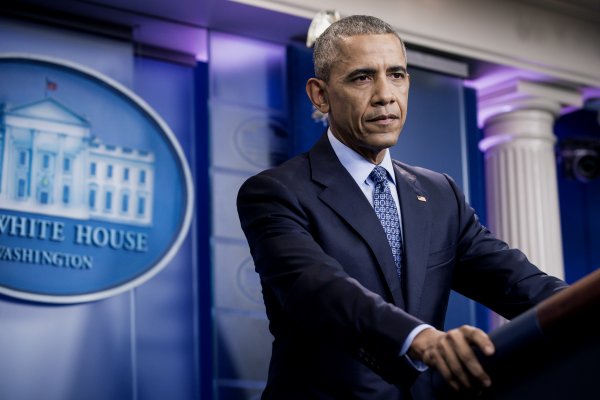