5 Surefire Ways to Get Fired From Your Job

New Year’s resolution season is in full force, and I’m thinking back on 2016. Next December, when I survey the previous 12 months, it will not be the amount of kale I consumed that caused me problems. The positive things are never what wreck my year — it’s the blunders. So, I want to know where the dangers lie, where the bridge is out and what I should avoid. In the spirit of planning for a successful 2017 by avoiding mistakes, here are five surefire ways to get fired from your job.

Show up to work late.

Nothing makes a boss as mad as an employee who blatantly challenges the work hours. Coming in at 8:11 a.m. when the work day starts at 8 a.m. says, “I know when we start, and I almost care. Almost.” You could also just take really long lunch breaks. That works pretty well, too.

Act bothered that you have to do stuff.

Have you ever gone to a restaurant where a waiter seemed put out that you were there to eat food? They act frustrated at your requests and annoyed that they have to serve you. Few things are as effective in getting fired as acting bothered when people expect you to do your job. Sigh loudly. When someone assigns you a new project, try to deflect it to a coworker. When you have to stay 5 minutes late, act like the world is ending.

Is that a verb? It should be. Nothing says “I don’t care about this job” like wasting most of your day online. Focus on memes. Play fantasy football. Tweet until the cows come home. Don’t even close your browsers when your boss comes over to your desk. Just put it out right there as if to say, “Yes, I care more about cake pop photos on Pinterest than about this job. What’s it to you?”

Work from home, but not really.

Let’s be honest, work from home is Latin for “Netflix and pajamas.” As long as you occasionally send out an email or two, no one is going to know that you’re not really doing anything. Sure, some people are probably more productive at home, but those people are annoying. Consider a work from home day a free vacation day.

This is the silver bullet. Those other four tips take a while to get you fired — this one is instant. Instead of talking to a friend about work or confiding in a family member, air your grievances on Facebook, Twitter or Instagram. Instead of filing a time card, file a “Is it Friday yet?” Facebook post. Start a tumblr about how much you hate your job. Really lean into it. Chances are it will only take a day or two to get fired, but you’d be surprised how many times you can tweet in a day.

Hopefully, these tips will help you if your goal is to get fired in 2017. If it’s not, because you enjoy the ability to buy food and pants, the solution is simple: Do the exact opposite. Show up early. Have a great attitude. Save personal Internet usage for home. Crush your work-from-home days. Never criticize your job online. Those are actually pretty easy to do.

Jon Acuff is the New York Times bestselling author of five books, including his latest, Do Over. Follow him on Twitter @JonAcuff and read more at Acuff.me. 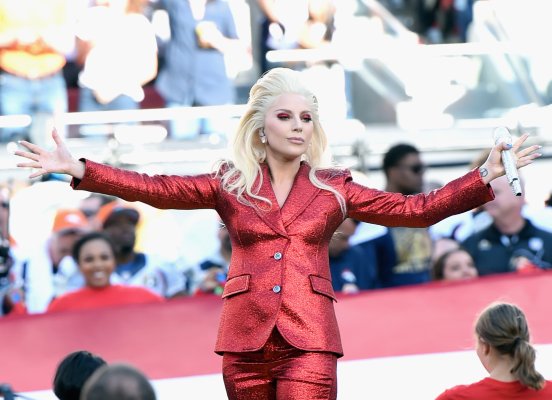 Lady Gaga Can Talk Politics and Donald Trump During Her Super Bowl Performance
Next Up: Editor's Pick