Every Book Barack Obama Has Recommended During His Presidency

EW.com
Ideas
By Ruth Kinane / Entertainment Weekly
Each product we feature has been independently selected and reviewed by our editorial team. If you make a purchase using the links included, we may earn commission.

Whether he’s reading to kids at the White House, hitting up local bookstores on Black Friday, or giving recommendations to his daughters, President Barack Obama may as well be known as the Commander in Books.

POTUS is an avid reader and recently spoke to the New York Times about the significant, informative and inspirational role literature has played in his presidency, crediting books for allowing him to “slow down and get perspective.” With his presidency coming to an end this Friday, EW looked back at Obama’s lit picks over the years — because it can’t hurt to read like a great leader. #ObamaForBookClubPresident2017, anyone?

See a comprehensive list of every book Obama has recommended during his presidency:

When asked what books he recommended to his 18-year-old daughter Malia, Obama gave the Times a list that included The Naked and the Dead and One Hundred Years of Solitude. “I think some of them were sort of the usual suspects […] I think she hadn’t read yet. Then there were some books that are not on everybody’s reading list these days, but I remembered as being interesting.” Here’s what he included:

In November 2014, Obama took a trip to D.C. independent bookstore Politics and Prose to honor small businesses and add to his personal library. Accompanied by daughters Malia and Sasha, POTUS picked up novels from the Redwall fantasy series by Brian Jacques, as well as some from the Junie B. Jones series by Barbara Park. He also added these titles to his heavy bags:

Just like us, the president enjoys a good beach read while relaxing in the sun. In 2016, he released his list of summer vacation books:

He also released a list of his summer favorites back in 2015:

1. All That Is, James Salter
2. The Sixth Extinction, Elizabeth Kolbert
3. The Lowland, Jhumpa Lahiri
4. Between the World and Me, Ta-Nehisi Coates
5. Washington: A Life, Ron Chernow
6. All the Light We Cannot See, Anthony Doerr

During a trip to a public library in Washington’s Anacostia neighborhood in 2015, Obama shared some of his childhood favorites with a group of young students.He also read (and acted out) Where the Wild Things Are by Maurice Sendak to kids at the White House in 2014.

According to the president’s Facebook page and a 2008 interview with the New York Times, these titles are among his most influential forever favorites:

As a devoted reader, the president has been linked to a lengthy list of novels and poetry collections over the years — he admits he enjoys a thriller: “I thought Gone Girl was a well-constructed, well-written book,” he told the Times. Obama is also a fan of sci-fi titles like Liu Cixin’s The Three-Body Problem for the escapism they provide. “The scope of it was immense,” he said. “So that was fun to read, partly because my day-to-day problems with Congress seem fairly petty — not something to worry about. Aliens are about to invade!”

Books About Other Presidents:

The Oval office can be a lonely place, so reading about your forefather’s experience could only help. “The biographies have been useful, because I do think that there’s a tendency, understandable, to think that whatever’s going on right now is uniquely disastrous or amazing or difficult,” said President Obama in an interview. He’s turned to these books for advice:

He may have the country’s finest experts at his fingertips, but it still doesn’t hurt to read up on environmental and economic issues.

1. Hot, Flat, and Crowded: Why We Need a Green Revolution and How It Can Renew America, Thomas L Friedman
2. Ghost Wars: The Secret History of the CIA, Afghanistan, and Bin Laden, from the Soviet Invasion to September 10, 2001, Steve Coll
3. Unequal Democracy: The Political Economy of the New Gilded Age, Larry Bartels
4. The Power Broker: Robert Moses and the Fall of New York, Robert A. Caro

Fact or fiction, the president knows that reading keeps the mind sharp. He also delved into these non-fiction reads:

Throughout his time in office, Obama has also recommended a dozen other authors and literary figures of note, even though he might not have named specific books. Check them out below: 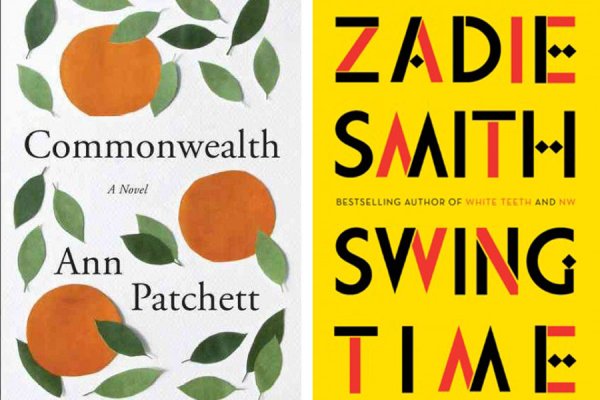 These Are All the Books Nominated for the National Book Critics Circle Awards
Next Up: Editor's Pick