Dozens of performing animals need new homes after the owner of the Ringling Bros. and Barnum & Bailey Circus announced the looming end of the famed show.

Between 40 and 50 animals, including about 18 tigers, must find new owners after long dazzling crowds in “The Greatest Show on Earth,” according to Stephen Payne, vice president of corporate communications for Feld Entertainment, the live touring company that owns Ringling Bros. and Barnum & Bailey.

Officials are working to relocate about the tigers as well as several camels, horses, llamas and goats before the curtain comes down on the circus in May. The company-owned creatures will likely be moved to zoos and conservation centers in the U.S., but the plans are not yet final.

“The options are pretty wide open,” Payne told TIME on Wednesday, adding that the company has “longstanding relationships” with several facilities.

Payne said it’s too soon to say whether the animals would be sold or donated.

Over the weekend, Kenneth Feld, the chairman and CEO of Feld Entertainment, broke the news to the world that the circus was shutting down after more than 100 years in business.

In announcing the decision, he cited dwindling ticket sales before and after the company said it would eliminate its iconic elephant acts. “This, coupled with high operating costs, made the circus an unsustainable business for the company,” Feld said in a statement on the circus’s website.

The circus had sent about 11 of its elephants this year to spend their remaining days relaxing at Ringling’s Center for Elephant Conservation in central Florida. The sprawling ranch now cares for more than 30 pachyderms.

Payne said it costs Feld Entertainment about $65,000 per year to maintain each elephant. That includes giving the elephants daily baths and regular pedicures, according to a National Geographic profile published in January.

The conservation center is “to a degree” affected by the circus closure since revenue from the show partially went toward funding its operations, Payne said. However, the company does not foresee any serious impact on the center.

“We have a lifetime commitment to these animals,” he said. “We obviously will want to continue to provide care for all of them regardless of what happens ultimately with the circus.”

Feld Entertainment, which owns Ringling’s Center for Elephant Conservation, will continue running live shows including Monster Jam and Disney on Ice. A portion of the revenue from each of the shows goes toward Feld’s overall operating expenses, which include the elephant refuge.

“When someone buys tickets to the circus, a portion of that could go to caring for the conservation center,” Payne said. “But the rest of the company is financially healthy. The decision to end the circus was because that business model was no longer sustainable.” 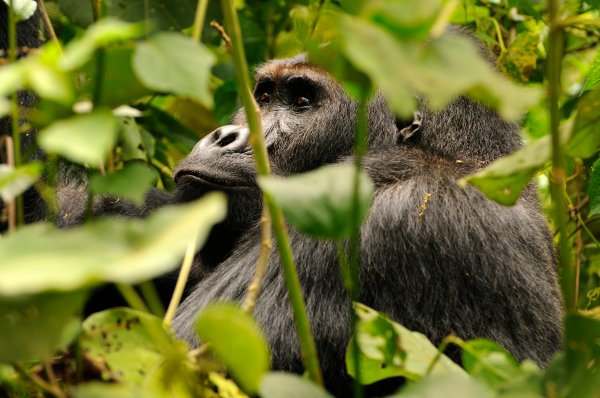 Scientists Warn of 'Eleventh Hour' for Many Primate Species
Next Up: Editor's Pick