The forecast for Paris is “Black Beatles” all day. Rap duo Rae Sremmurd—whose hit song soundtracked the ubiquitous Mannequin Challenge and soared to the top of the charts—stopped by a French TV show to help out with the broadcast. Their role? Deliver the weather updates. Despite the fact that neither of the American brothers speak French, know French geography (where are the Pyrenees again?), or have a good sense of Celsius-to-Fahrenheit conversions, they made a committed attempt to elevate the weather into dramatic performance art in their inimitable style.

“In the afternoon, the wind is still blowing over the country, but the weather is so sunny. It’s a beautiful day; go outside!” suggested meteorologist-in-training Slim Jxmmi. They also threw in a shoutout (and weather report) for their hometown of Tupelo, Mississippi, before performing two of their songs for the studio audience. Watch the brothers take on the forecast with plenty of zany energy and unusual moves, below. 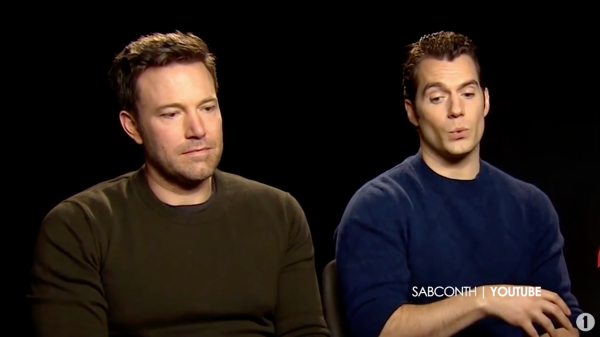 Watching Ben Affleck Express His True Feelings About Being Turned Into 'Sad Affleck' Is Pure Joy
Next Up: Editor's Pick