Why It's Still Worth Owning a Digital Camera

Make no mistake: The cameras in today’s top-of-the-line smartphones can take some absolutely stunning images. The iPhone 7 (and particularly the 7 Plus, with its dual-lens system), the Google Pixel and the Samsung Galaxy S7, just to name a few examples, are all highly capable shooters. For evidence of that, just take a peek at our iPhone 7 test in Utah’s Zion National Park:

Yet there is still only so much you can ask of a smartphone camera. Limitations in sensor size, lens technology and other factors mean that, barring some miraculous technological breakthrough, standalone cameras will always be more capable than our smartphones. That’s particularly true in challenging conditions, like poorly lit rooms, or if you need a bunch of zoom for, say, shooting your child’s soccer game. (The digital zoom on smartphones is effectively a cropping technique that tends to reduce overall image quality, whereas even affordable telephoto lenses for standalone cameras can produce incredible results.)

Here, for instance, is an image I made in 2013 with an entry-level Canon T3i and a 70-200 f/4L lens. That’s admittedly a more professional-grade lens, but this sort of quality just isn’t possible with a smartphone.

All that said, I’m not lugging around my camera 24/7. Instead, I only take it when I know I’m headed somewhere it might be useful, like on a hike. But it’s very much worth having for those moments.

What gear should you consider if you’re thinking about getting a standalone camera?

First, skip the entry-level point-and-shoot stuff. Those generally won’t produce much better results than your smartphone, so it’s worth spending a little more money on something that will.

I recommend an entry-level DSLR or mirrorless camera that accepts interchangeable lenses. The Canon Rebel T5 can be a great place to start, as can the Nikon D3400. (To decide between manufacturers, head to a local camera store or borrow a friend’s camera and see which feels better in your hands.) For mirrorless cameras, which tend to be a little smaller and thus easier to carry around, the Sony a5000 is a good choice. (Here’s a good resource on the tradeoffs between DSLR and mirrorless cameras.)

The blessing and curse of interchangeable-lens cameras, is, of course, the vast selection of lenses that you can wind up spending far too much money on. My advice is to learn on the “kit” lens that’s included with many entry-level cameras. They cover a range from fairly wide-angle photographs to a medium telephoto length that’s nice for portraits. After a few months of using a kit lens, you’ll get a better idea of what else you’ll need to get the images you want. (A wide angle for landscapes, perhaps, or a telephoto for the kids’ little league games.)

Personally, I learned on a Canon T3i, then shifted to the Fujifilm system with an X100s and now an X-T10 with the 18-55 lens. Fuji specializes in digital cameras that look and operate like old-school film cameras, so I don’t recommend them for beginners. But they do produce some amazing results:

There is, of course, much more to photography than gear. Never make the mistake that spending more money will mean you’ll instantly get professional-level photos. With your new DSLR or mirrorless in hand, take some time to learn the relationship between different settings, particularly aperture, shutter speed and ISO. It may seem intimidating at first, but even a rudimentary knowledge of how these functions work will dramatically improve your results. 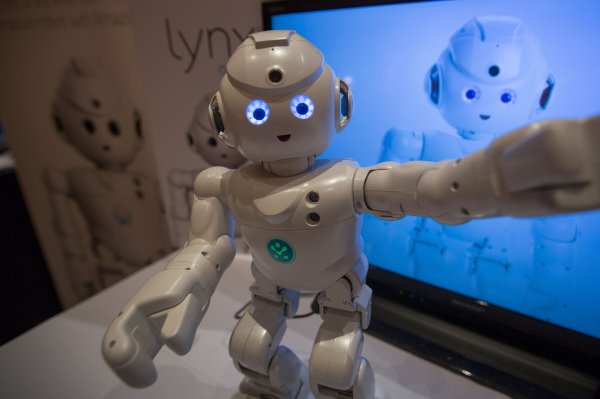 Tech Companies Want To Help Raise Your Kids
Next Up: Editor's Pick