Five days before President Obama commuted Chelsea Manning’s prison sentence, WikiLeaks tweeted that the group’s editor in chief Julian Assange would agree to be extradited to the U.S. if Manning was given clemency.

Obama’s decision means Manning will be released in May instead of in 2045, when her sentence was originally due to end, the New York Times reports. She leaked hundreds of thousands of military and diplomatic documents to WikiLeaks, for which she was convicted in 2013

“If Obama grants Manning clemency Assange will agree to US extradition despite clear unconstitutionality of DoJ case,” WikiLeaks tweeted on Thursday. Assange has been in the Ecuadorean embassy in London since 2012, and if extradited to the U.S., would likely be prosecuted for his involvement in the publication of millions of leaked, secret documents. (He also faces Swedish allegations of rape and sexual assault.)

Edward Snowden also threw his support behind clemency for Manning, tweeting on Wednesday, “Mr. President, if you grant only one act of clemency as you exit the White House, please: free Chelsea Manning. You alone can save her life.”

Commenting on Snowden and Manning’s pleas for clemency on Friday, White House press secretary Josh Earnest contrasted the two cases. “Chelsea Manning is somebody who went through the military criminal justice process, was exposed to due process, was found guilty, was sentenced for her crimes, and she acknowledged wrongdoing,” he said, according to the Times. “Mr. Snowden fled into the arms of an adversary, and has sought refuge in a country that most recently made a concerted effort to undermine confidence in our democracy.”

WikiLeaks had not yet tweeted in response to the news as of late Tuesday afternoon. 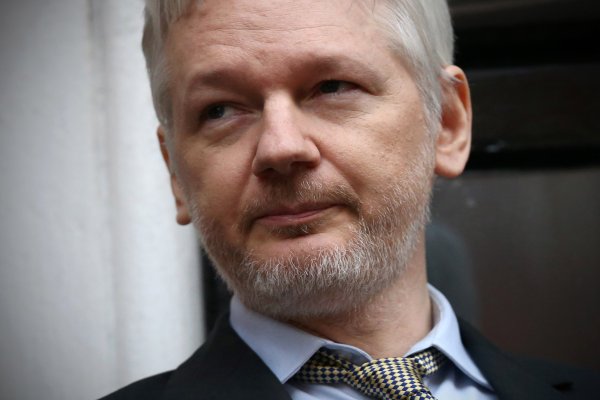 The Founder of WikiLeaks Just Dismissed the Russia Hacking Report as a 'Press Release'
Next Up: Editor's Pick