Why U.S. Abortion Rates Are Now at Their Lowest Level

A demonstrator holds up a sign in support of abortion rights outside the U.S. Supreme Court in Washington, D.C., U.S., on Wednesday, March 2, 2016. Supreme Court justices clashed in their first abortion showdown in almost a decade as a pivotal justice suggested the court could stop short of a definitive ruling on a disputed Texas law regulating clinics. Photographer: Andrew Harrer/Bloomberg via Getty Images
Bloomberg—Bloomberg via Getty Images
By Samantha Cooney

A new report reveals that the U.S. abortion rate hit its lowest level since 1973 when the procedure was legalized in Roe v. Wade.

Guttmacher researcher Rachel Jones, the report’s lead author, told NPR that the decline was likely caused by the increased availability of affordable contraception and increased use of long-term birth control like IUDs. But the report also attributes the decline to the influx of abortion restrictions in a number of states. The number of clinics providing abortions fell by 6% from 2011 and 2014, and the lowest abortion rates were in South Dakota, Mississippi and Wyoming, all of which only had one operating abortion clinic in 2014.

“If there are women in these highly restrictive states who want abortions but can’t get them because there aren’t any clinics that they can get to, and that’s why abortion’s going down, that’s not a good thing,” Jones told NPR. “But we think the story that’s going on in a lot of situations, in a lot of states, is that fewer women are having unintended pregnancies and in turn fewer abortions, and that is actually a good story.”

It’s unclear how Donald Trump’s presidency will impact the abortion rates in the country. Trump has vowed to appoint justices to overturn Roe v. Wade, and several states have attempted to pass additional roadblocks to the procedure. The Republican Party, which controls Congress, has promised to defund Planned Parenthood and repeal the Affordable Care Act, which currently requires insurers to provide birth control at no cost. Those latter two actions could negatively affect low-income women, which made up 75% of women who got abortions, according to the report. Two-thirds of abortion patients also already have children at home.

“It can be very difficult for them to arrange for time off from work, transportation and child care,” Jones told the Associated Press. “Some of the abortion rate decline is likely attributable to women who were prevented from accessing needed services.” 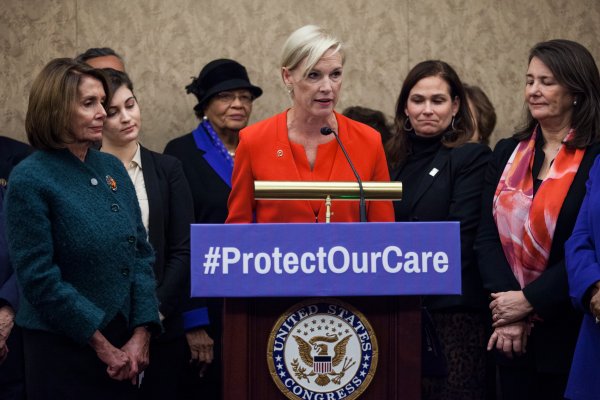