Chelsea Handler used her public platform to make a difference across the 2016 presidential election cycle, helping to register nearly 17,000 voters while openly criticizing Donald Trump as his campaign endured. Now, after Democratic candidate Hillary Clinton failed to receive the number of electoral college votes to take office, the comedian and talk show host has shifted blame for the devastating loss onto society’s obsession with reality shows — particularly those fronted by the Kardashian family.

In an interview published Tuesday by Variety, Handler, who recently wrapped the first season of her eponymous Netflix talk show, discussed her decision to remain in the United States following Trump’s victory. She previously expressed interest in moving to Spain if the former Apprentice host won, though the millennial women on her production staff convinced her to stand her ground in the U.S.

“They all just said, ‘You’re our only outlet. You’re our mouthpiece.’ That will motivate anybody, and it motivates me,” she said.

Inspired by the sentiment, Handler was on a mission to inform after the election, providing additional visibility for political and media influencer guests on her show, including Sen. Barbara Boxer, Van Jones, and Jake Tapper — something the 41-year-old says the media at large should’ve done more of as the nation prepared to head to the polls in November.

“Stop covering [Trump] so much. They were treating him as an entertainer first. It was a reality show. We’ve turned into a reality show, ” Handler said, responding to a question about what she thinks could have been done differently to combat the rise of a Trump presidency. “I blame the Kardashians, personally; the beginning of the end was the Kardashians. The way these people have blown up and don’t go away — it’s surreal. Everyone is for sale. We’re looking at a man that gets mad at Vanity Fair for reviewing his restaurant poorly. By the way, have you ever been to that restaurant? It’s the biggest piece of garbage you’ve ever walked into. That place looks like a Southwest airport lounge. It’s the worst.”

Following Trump’s explosive first press conference as president-elect last week, during which he openly criticized CNN as “fake news,” Handler, who memorably teared up as she interviewed Boxer the day after the election, added that it’s important now, more than ever, to monitor Trump’s actions as he takes power.

“First and foremost, I’m a comedian. But also, we have to hold him accountable. And we have to make fun of him, just like you’d make fun of anybody who was president,” she said. “Obama was boring in that sense — there was nothing to make fun of because he was so responsible and such a leader.”

Handler also took aim at Trump’s children, specifically Ivanka Trump, who’s said she’ll champion policies relating to women’s issues during her father’s first term — for failing to stand up to their father in the wake of their presumed personal beliefs.

“There’s a toddler in the White House, and it’s not one of the children,” she said. “The other thing about his children, they have absolutely no influence over him. The idea that Ivanka is going to help women, or do anything for women, is absurd, because she’s a puppet. They’re all his puppets. They’re scared s—less of him, and the fact that they’re still around him means they have never stood up to him.” 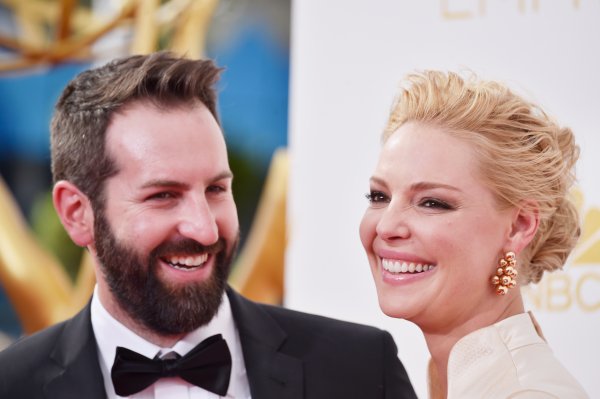