A concerned mother is met by Miami-Dade police officers as she searches for her child after several were injured in a shooting at Martin Luther King Jr. Memorial Park in Miami-Dade, Fla., on, Jan. 16, 2017.
Carl Juste—Miami Herald/AP
By Melissa Chan

Eight people, including an 11-year-old girl, were injured Monday after shots rang out in a Miami park during a celebration honoring Martin Luther King Jr., police said.

Panic erupted about 3:40 p.m. when shots were fired at Martin Luther King Jr. Memorial Park, the Miami-Dade Police Department said in a news release. The victims included the 11-year-old, five teenage girls and two men, ages 20 and 30. All suffered apparent gunshot wounds. Their conditions were not immediately known.

It’s also unclear what prompted the shooting. Police said two people have been detained “for questioning to determine their involvement, if any.”

Celebrants gathered at the park for a family festival following the city’s annual parade to pay tribute to the civil rights icon, according to CNN. The day’s festivities draw thousands of people each year, the Miami Herald reports. 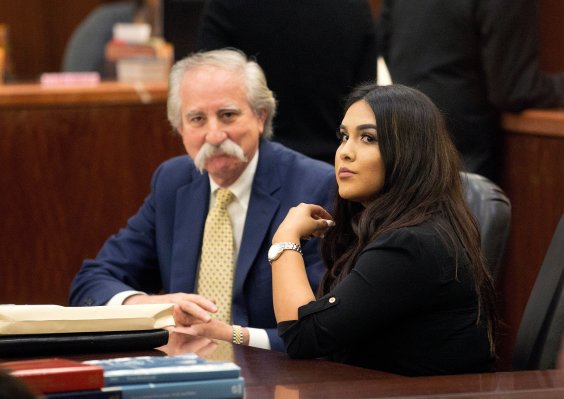 Texas Teacher Impregnated by 13-Year-Old Student Gets 10 Years in Prison
Next Up: Editor's Pick