Donald Trump doesn’t take office as President of the United States until Friday, but his approval ratings have already hit a historic low for incoming American presidents, according to new polls.

Trump’s current approval rating is 40%, the lowest of any recent incoming president, and about 44 points below that of President Obama, according to a CNN/ORC survey. And a Washington Post/ABC poll mirrors CNN’s findings: Trump will take office as the least popular incoming president in at least four decades, according to the survey.

Meanwhile, Trump’s approval ratings for how he has handled the transition are 20 points below those of the three Presidents that came before him: Obama took the oath in 2009 with an 84% approval rating, Bill Clinton with 67% in 1992, and 61% approved of George W. Bush’s transition shortly before he took office January 2001, according to CNN.

“The same people who did the phony election polls, and were so wrong, are now doing approval rating polls. They are rigged just like before,” he said.

While Trump’s low approval ratings are due to a variety of factors, his controversial response to Russia’s reported interference in the 2016 election has had a notable impact, according to the Post/ABC poll, with many Americans believing Trump has been “too friendly” to Russia. 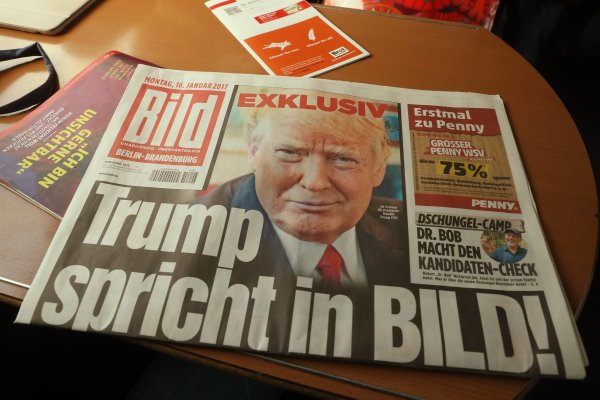 Trump Remarks on NATO Give Some in Europe the Jitters
Next Up: Editor's Pick