The advertising screens at Piccadilly Circus, central London, after they were switched off in preparation for redevelopment on Jan. 16, 2017.
Dominic Lipinski—AP
By Zamira Rahim

The billboard lights at Piccadilly Circus, London’s answer to Times Square, have been switched off for what will be the longest period of time since World War Two.

Land Securities, the real estate company which has owned the iconic advertising site since the 1970s, said on their website that a new “cutting edge’ single screen is scheduled to be switched on in fall 2017, replacing the six current screens.

The distinctive curved shape of the present lights will be retained, with the new design set to be Europe’s largest sole digital screen. The boards have typically attracted high-profile brands, such as Samsung and Coca-Cola, with Perrier being the first to advertise there in 1908. The original bulbs were replaced by neon lights, which in turn gave way to LED displays by 2011.

The site, set in the heart of London’s West End, will be covered by a protective banner, which will be used for further advertising during the redevelopment. Since World War Two the boards have only darkened for the funerals of former British Prime Minister Winston Churchill and Princess Diana. 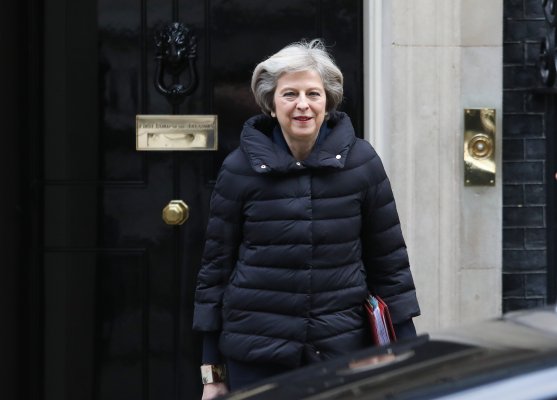 What Exactly Is a 'Hard Brexit,' Anyway?
Next Up: Editor's Pick