Scientists Warn of 'Eleventh Hour' for Many Primate Species

Nearly two-thirds of primate species face the threat of extinction largely as a result of human actions that kill animals directly and destroy habitats, according to a new review from more than 30 leading primatologists.

Researchers behind the paper, published in the journal Science Advances, called for urgent action to prevent mass extinction. Measures would vary between regions but include protections for primate habitats and actions to combat illegal poaching.

“Primate conservation is not yet a lost cause,” the researchers write in the paper. “We have one last opportunity to greatly reduce or even eliminate the human threats to primates and their habitats.”

Read More: Human Activity in the Oceans is Driving Many Large Species Toward Extinction

The paper’s top line numbers were sobering. There are 504 species of primates worldwide, ranging from the 1-oz. (30 g) mouse lemur to the 450-lb (200 kg) western and eastern gorilla. But size is no protection against extinction. According to the study, fully 75% of primate species are in decline and 60% are threatened with extinction.

That danger is not spread evenly around the globe. In mainland Africa, with 111 species, for example, 42% are declining and 37% are threatened with extinction. On Madagascar, with 103 species, fully 100% are declining and 87% are threatened. Several primate species only have a few thousand animals that remain alive, including the ring-tailed lemur, Udzunga red colobus monkey, Yunnan snub-nosed monkey, white-headed langur and Grauer’s gorilla.

Threats to primates have grown increasingly grave in recent years thanks to a variety of threats. Human population growth in areas where primates live has driven up demand for food leading farmers to develop primate habitat into agricultural land. Global demand for natural resources like timber has also encouraged the destruction of forests. Less directly, man-made global warming is changing—and eliminating—primate habitats.

Humans have also targeted endangered primates directly through practices likes hunting and trapping to participate in the illegal wildlife trade. Demand for such illegal goods has spiked thanks to an increasingly globalized market, according to the research.

The extinction of various primate species would have a direct effect on human wellbeing, according to the study. Primates help sustain ecosystems by spreading plant seeds over wide distances and acting as predators and prey. Humans often depend on the diverse life in these regions to support their own diets and local economies.

The overall range of primates stretches across 90 countries, but researchers have identified four—Brazil, Madagascar, Indonesia and the Democratic Republic of the Congo—that are home to two-thirds of primate species. Those four represent an obvious starting point for policy measures aimed at stopping primate extinction.

The paper on primates joins growing warnings from scientists that world is currently experiencing an unsustainable ecological crisis as a result of a decline in biodiversity, a measure of the different plant and animal species in a given area. Species large and small in the land and sea face potential extinction. 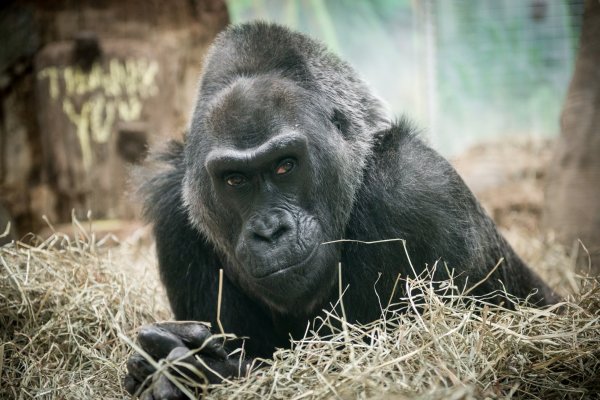 The World's Oldest Known Gorilla Has Died at 60: 'She Was an Ambassador for Gorillas'
Next Up: Editor's Pick