Welcome back to The Bachelor, where Nick Viall is looking for love but already knee-deep in drama. The only thing that can save him is a healthy dose of honesty and probably a soak in a hot tub with three, maybe four, bikini-clad women. Alternatively, the Backstreet Boys, zero-gravity flight, and Olympic legend Carl Lewis will have to do.

The Drama: Nick Viall admits that he sent Liz home because he hooked up with her at Jade and Tanner’s wedding and she didn’t want to have a relationship with him then, so doesn’t deserve one with him now. If the women have any questions, Nick assures them: “I’m an open book.”

The Cocktail Party: There’s not enough alcohol in the world to get Nick through this cocktail party, which entails an endless stream of aggrieved women seeking reassurance that Nick is here for the right reasons (hot tub make-outs in exotic locales) and that he wants to get to know them, ideally in a hot tub in an exotic locale. He holds hands, rubs backs, and makes reassuring eye contact while explaining that Liz meant nothing to him. Since Liz beat Corinne in the whole having sex with Nick department, Corinne has no choice but to “put on the sex charm.” She wants to cash in on her chemistry with Nick and the only way to do that is to play Inspector Gadget with his, um, Brain. She puts on a trench coat with nothing underneath but a rose and heads outside to find the whipped cream she stashed in the garden. As Corinne unveils her plan, Nick interviews that he is trying to be “respectful of the other women” while licking whipped cream off of Corinne’s bazoombas. Nick knows it’s a juggling act between his lust for Corinne and not wanting to have 17 women mad at him, but he’s willing to try it. Corinne, however, is not. When Nick says hello to another woman (Jasmine) Corinne runs inside, starts in on a mascara-running cry, and says she wants to go home.

The Rose Ceremony: Remember how they didn’t have a rose ceremony last week? They finally had it 20 minutes into the show, much to the confusion of anyone just tuning in. The women all lined up, save for Corinne, who went to bed and slept her way through the ceremony, clutching the rose she earned on her last date. Halfway through his speech about the “amazing” connections he has made, Nick finally notices that Corinne is not there. The women all shrug, so Nick shrugs, too, and hands out his rose to Astrid. He hands roses to Taylor the Therapist, Kristina the hygienist, a few beautiful brunettes, Rachel, Vanessa, Raven, two girls with nose rings (Jaimi and Dominique), someone named Sarah, the dolphin enthusiast, and the wacky nurse. The final rose went to Jasmine, proving that he doesn’t hold a grudge for interrupting his dairy mania with Corinne. Then there’s a cavalcade of crying women including a photographer who bawls her eyes out and curses Corinne’s name. Corinne doesn’t mind though, ’cause she’s sawing logs.

The Group Date: Why would you want to spend alone time with Nick when you can spend the entire day with the Backstreet Boys? The women hop in a limo and meet Nick at the studio where they practice for a live show in front of an audience of 500 people who all signed NDAs to protect the show’s integrity. As all the women die over the various Backstreet Boys, Nick feels the pressure of competition. “Thank god all the Backstreet Boys are happily married,” said Nick, as the women all slowly realize he’s not the only option, or even the best one. Self-professed “bad dancer” Corinne has a panic attack and goes to cry in the bathroom to make sure the cameras follow her. During the show, Danielle earns some special alone time with Nick, slow dancing while the Backstreet Boys serenade them. Corinne says it was the worst day of her life.

The Cocktail Party: Obviously Corinne grabs Nick first because she needs some reassurance, which may or may not be a euphemism. She gets reassured and then goes back to sleep on the couch in a back room. When she wakes up and tells the girls all about her nanny and how she makes her favorite cheese pasta and vegetable slices. Jasmine rightly threatens to slap Nick with the group date rose if he gives it to Corinne. Sadly, we don’t get to witness that, because Nick gives the rose to Danielle.

The One-On-One Date: Vanessa, the special ed teacher from Montreal, is invited to go test out a Zero G flight, where she and Nick can experience weightlessness (and probably puke — so romantic!). They goof around with weightlessness, floating in space, and having fun and, in today’s metaphor for love, “letting go.” They make out and then Vanessa gets nauseous. Nick romantically holds the barf bag as she upchucks. As she apologizes for how gross it is to watch her puke, he swears he doesn’t mind. Then they make out. A lot. It’s simultaneously sweet and suuuuuper gross. Then they go to dinner (hopefully Vanessa got to brush her teeth at some point).

The Bachelor Milestone: While Nick may want to lick dairy products off of Corinne’s lady bits and is happy to slow dance with Danielle while a boy band watches, it’s Vanessa that makes him tear up in excitement at the prospects of finding love. Nick just thinks this crazy show might work for him. Perhaps we have a frontrunner?

The Second Group Date: Cue up the Chariots of Fire theme, because the women are competing in a “Nickathalon” with the help of some Olympic legends — track and field icon Carl Lewis, shot put star Michelle Carter, and runner Allyson Felix. The women all compete for Nick’s love in the high jump, long jump, and javelin. Everyone is having fun except for Dominique who feels underappreciated.

The Bachelor Milestone: The Olympic heroes put Rachel, the Dolphin Enthusiast, and Astrid through to the next round to compete for a spot in the hot tub with Nick. Astrid wins! It’s the first hot tub of the season, but hopefully not the last.

The Cocktail Party: Dominique loses it and Rachel is a good friend and pulls her aside for a pep talk. Rachel’s good work is undone when Dominique later walks in on Rachel and Nick making out. She confronts Nick about not making her feel special and Nick says, “Girl, bye.” He puts her in the SUV of shame and sends her home. He tells the other women that he thinks Dominique is “amazing,” but he likes the other women more than he likes her. The women all nod their heads, ’cause yeah that makes sense. Rachel gets the date rose.

Pool Party! Nick cancels the cocktail party for the chance to see 17 women in their bikinis instead of their pageant gowns. He makes the most of it, ending up in the bouncy castle with Corinne. She straddles him, they make out, and all the women watch and judge very, very hard. When they crawl out of the bouncy castle, Corinne goes back to bed and Nick goes to be chastised by a string of annoyed women. Nick finally realizes the women don’t like Corinne. He’s very quick. 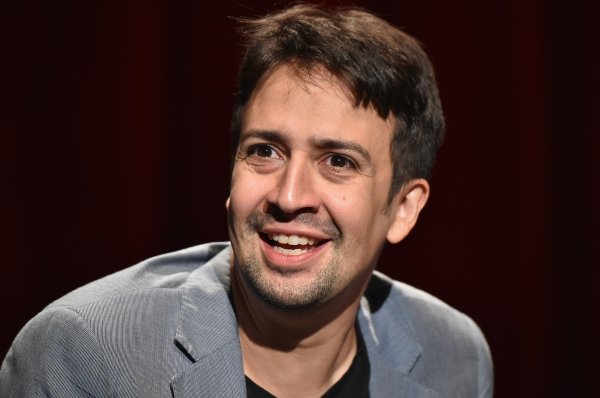