Scotland’s Sunday Herald seized the opportunity to spoof reality-television-star-turned-President-elect Donald Trump in its print television section. Along with the usual television listings, the paper teased Trump’s Friday inauguration as if it were an upcoming episode of The Twilight Zone.

“After a long absence, The Twilight Zone returns with one of the most ambitious, expensive and controversial productions in broadcast history,” the teaser reads. “[T]his huge interactive virtual reality project, which will unfold on TV, in the press, on Twitter over the next four years sets out to build an ongoing alternative present. The story begins in a nightmarish version of 2017, in which huge sections of the U.S. electorate have somehow been duped into voting to make Donald Trump president. It sounds far-fetched, and it is, but as it goes on it becomes more and more chillingly plausible.”

The satirical piece mirrored many of the stories written a mere few months ago when a Trump presidency seemed impossible that humorously speculated on what Trump’s inauguration and first year might look like.

The teaser quickly went viral on social media, thanks in part to actor and activist George Takei. 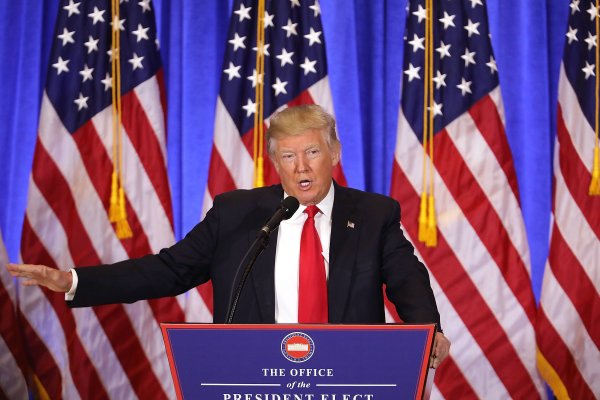 How to Watch Donald Trump’s Inauguration for Free Online
Next Up: Editor's Pick