Representative John Lewis said he would not invite President-elect Donald Trump on a visit to Selma, Ala., with him, speaking in an interview with NBC News’ Chuck Todd.

Lewis, who was beaten on Edmund Pettus Bridge on Bloody Sunday in 1965, has frequently visited the city with politicians from both sides of the aisle over the years, including Vice President-elect Mike Pence, President Barack Obama and former Presidents Bill Clinton and George Bush.

Lewis said he would not prevent Trump from visiting Selma, and that the President-elect could stand to learn something from a trip there.

The comment came in the same interview in which Lewis also said Trump was not a “legitimate President.” The comment evoked an attack from Trump, who said the civil rights leader was “all talk” and “no action.”

“Congressman John Lewis should spend more time on fixing and helping his district, which is in horrible shape and falling apart (not to…… mention crime infested) rather than falsely complaining about the election results,” Donald Trump wrote in tweets on Saturday morning. “All talk, talk, talk – no action or results. Sad!”

Several Democrats have said they plan to boycott Trump’s inauguration on Friday, a number that grew following Trump’s comments about Lewis. 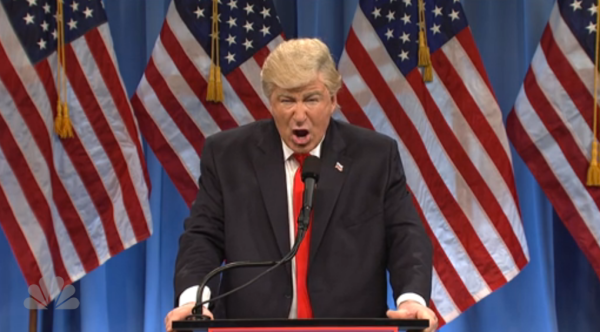