Nicole Kidman Clarifies Her Comments About Donald Trump: ‘I Believe in Democracy’

Nicole Kidman is clarifying the comments she made about Donald Trump‘s presidency.

The 49-year-old actress came under fire after she addressed the 2016 presidential election results in an interview with BBC 2’s Victoria Derbyshire.

“I just say, [Trump‘s] now elected, and we as a country need to support whoever’s the president because that’s what the country’s based on,” the Hawaiian-born actress, who was raised in Australia and has dual citizenship, said.

The call for unity fell on some deaf ears, with many on social media lashing out at the actress.

But in a new interview with Access Hollywood, Kidman clarified her remarks.

“I was trying to stress that I believe in democracy, and the American constitution. It’s that simple,” she said.

When speaking with the BBC 2, Kidman had said that she tends to stay away from speaking about politics. “I’m always reticent to start commenting politically,” she explained. “I’ve never done it in terms of America or Australia.”

That said, Kidman did go on to say there were certain causes that inspired her. “I’m issue based,” she said. “I’m very, very committed to women’s issues.” 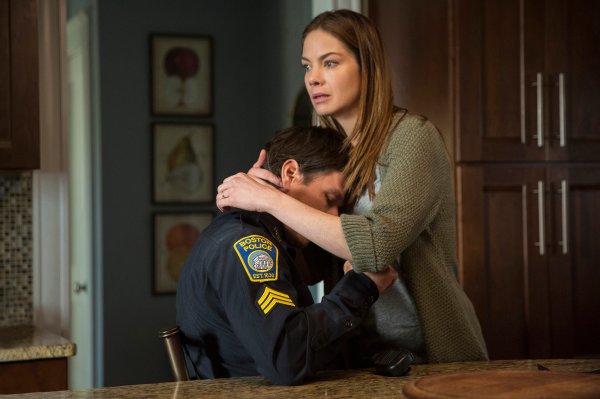 The True Story Behind Patriots Day
Next Up: Editor's Pick