Scott Pruitt meets with Senator Shelley Capito in Washington, D.C., on January 4, 2017.
Samuel Corum—Anadolu Agency/Getty Images
Ideas
By Eric Pooley
Pooley, a former managing editor of Fortune and chief political correspondent for Time, is a Senior Vice President at Environmental Defense Fund and the author of The Climate War.

As the Senate prepares for Scott Pruitt’s Jan. 18 confirmation hearing, much of the debate over Donald Trump’s choice to lead the Environmental Protection Agency has centered on Pruitt’s doubts about global climate change. And though it would be genuinely appalling to have an EPA Administrator who doesn’t accept basic climate science, the trouble with Pruitt goes deeper. As the Attorney General of Oklahoma, Pruitt has shown he is not only a relentless opponent of EPA standards for climate pollution. He has been a relentless opponent of basic pollution limits as well, the kind that protect us from mercury, smog, arsenic and other deadly air toxics. He questions whether toxic mercury pollution is hazardous to public health. He shut down his office’s Environmental Protection Unit. And now he wants to do for the United States what he did for Oklahoma.

For six years as Attorney General, Pruitt kept very busy doing the bidding of his financial supporters in the oil and gas industry. E&E News reported last month that, after being elected in 2010, he folded his office’s Environmental Protection Unit, which investigated things like water contamination and illegal dumping, and launched a new “Federalism Unit” devoted to filing legal challenges against the EPA—at least 14 of them, 13 of which had industry players as co-parties to the suits and financial contributors to Pruitt’s political causes. A Pruitt spokesman says others absorbed the environmental unit’s duties. But its budget was zeroed out by 2014, and one former state environmental official has come forward to say that Pruitt “hasn’t really done anything to protect Oklahomans.”

Mercury is a deadly neurotoxin that damages the brains of “the developing fetus and young children,” according to the American Academy of Pediatrics. It is spewed into the air from coal-fired power plants and other industrial sources before settling into lakes and waterways and contaminating the fish we eat. But Pruitt’s challenges against the EPA’s mercury standards include a tidy piece of scientific denial, claiming “the record does not support the EPA’s findings that mercury… pose[s] public health hazards.” After that legal challenge failed, Pruitt sued a second time to block the mercury rules—even though virtually all power plants had already complied with them at a fraction of the expected cost.

Thanks in part to the EPA rules Pruitt opposed, mercury levels in Atlantic Bluefin tuna are rapidly declining. But Oklahomans aren’t so lucky. While Pruitt was busy trying to kill national mercury rules, the number of Oklahoma lakes listed for mercury contamination was climbing. This year, the state lists 40 lakes with fish consumption advisories due to mercury levels—up from 19 listed in 2010. Eight lakes were added just this year. Another Attorney General might have been trying to identify the sources of this pollution. But Pruitt was apparently too busy suing the EPA.

Pruitt also attacks limits on ground-level ozone—better known as smog—despite the fact that ozone problems are acute and worsening in Oklahoma. The latest American Lung Association report gave all Oklahoma counties surveyed an “F” for ozone problems and found that the number of high ozone days had increased in most counties as compared to 2010-’12.

Pruitt’s approach to public service in Oklahoma suggests that as EPA Administrator he will mainly represent the energy industry. He took over $300,000 from energy interests for his own campaigns and directed millions from them to affiliated political groups that supported his pro-pollution agenda. To cite just a few examples, he accepted tens of thousands of dollars from Exxon, Devon Energy and Oklahoma Gas & Electric executives within weeks of taking action on behalf of those companies—going so far as to take a letter drafted by Devon Energy attorneys, copying it onto state government stationery and sending it to the EPA above his signature. While there is no proof of criminal wrongdoing, the New York Times called this an “unprecedented, secretive” alliance between Pruitt and top energy producers. Yet Pruitt has defended it, saying, “That’s actually called representative government in my view of the world.”

Pruitt uses overheated rhetoric to describe sensible environmental rules. During his reelection campaign, his website railed against “oppressive regulations [that] are stifling our ability” to sustain the economy. He promised to be “vigilant in protecting the rights of our entrepreneurs,” by which he meant, apparently, giving the oil and gas industry whatever it wanted.

By opposing pollution limits, Pruitt claims to be protecting the Constitution and advancing the cause of freedom. But these arguments don’t hold water. In making our air cleaner, the EPA is enforcing the Clean Air Act, passed with overwhelming bipartisan support by Congress. The courts have repeatedly ruled that the EPA has a legal obligation to protect Americans from dangerous pollutants. And the rules Pruitt sued over are designed to give maximum authority to the states and enormous flexibility to businesses.

Pruitt’s legal knowledge and methodical approach could make him extremely effective at tearing down clean air protections. He is focused, strategic and careful, hiding his dangerous positions behind legalese. It will be up to the Senate, during his confirmation hearing, to lay bare the truth about Pruitt. If the Senators succeed, we’ll learn in great detail why this EPA nominee is unfit for the job. 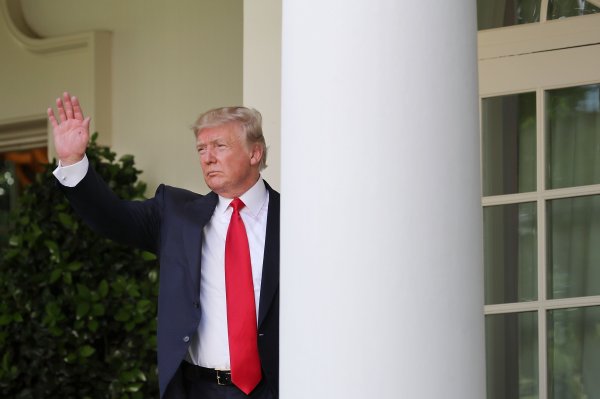 We Are Overreacting to U.S. Withdrawal From the Paris Agreement
Next Up: Editor's Pick