Chicago experienced its deadliest year in almost two decades in 2016. According to Chicago police, 762 people were killed, an increase of 58% from 2015. The rise in homicides came as the number of shootings—3,550, with 4,331 shooting victims—jumped by 47%.

A new study released Tuesday by the University of Chicago helps put those numbers in context. The report’s authors find that while the number of murders jumped dramatically last year, the characteristics of those homicides were largely similar to 2015. “Most involved guns, occurred in public places, and stemmed from what police believe was some sort of altercation,” the report states. The victims were mostly black and in their teens, while many of the suspects had prior arrest records. And increasingly, much of the violence occurred in just a handful of neighborhoods.

The murder rate is far outpacing most other U.S. cities, including the four other largest in the U.S.: New York City, Los Angeles, Houston and Philadelphia. But a handful of cities’ homicide rates still surpassed Chicago’s last year, including St. Louis, Baltimore and Detroit.

Most of the city’s murder increase is concentrated in just a few neighborhoods on Chicago’s South and West sides, but the report’s authors note that the reasons behind the rise are still unknown. Weather appears not to have played a factor, and the number of arrests for homicides and shootings held steady compared to 2015. But since homicides and shootings rose last year, those stagnant arrest numbers meant more of those crimes remained unsolved than in previous years, and the report’s authors believe the lack of arrests following violent crimes may have played a role in worsening a cycle of retaliatory violence.

The problem in Chicago, the authors concluded, “is not a widespread change in anti-social or criminal behavior in general, but rather a narrower one of gun crimes committed in public places, frequently by young people in our city’s most distressed neighborhoods.” 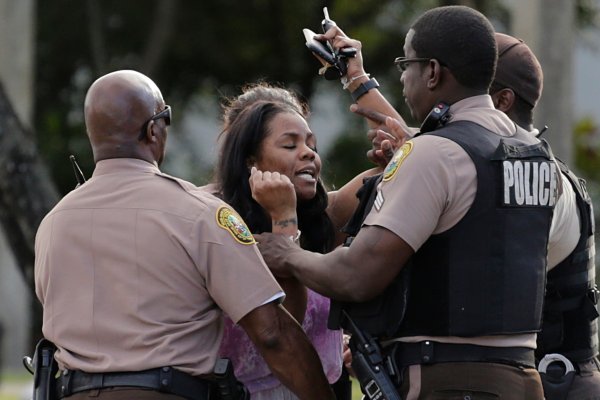 11-Year-Old Girl Among 8 People Shot During MLK Festivities in Miami
Next Up: Editor's Pick