James Comey Cannot Be Trusted With a Trump-Russia Investigation

It was always going to be difficult for FBI Director Jim Comey to oversee an investigation into ties between President-elect Donald Trump’s campaign and the Russian government. Thursday’s announcement that the Department of Justice’s Inspector General will investigate Comey’s conduct during last year’s presidential election makes it impossible.

As director of the FBI, Jim Comey is a key intelligence advisor to the president, responsible for briefing him on threats to our country’s security from a number of fronts, including foreign espionage. The agency he leads is also responsible for investigating those plots, and producing evidence that can be used by Department of Justice prosecutors to bring criminal charges against anyone who commits espionage against the United States.

Never before in the history of the FBI have those two jobs been in conflict. Today, thanks to evidence that Russia intervened in our election to help elect Donald Trump president — and as yet unproven allegations that Trump campaign advisors cooperated with that plot — they are.

This tension was put on display last Friday, when Comey briefed President-elect Trump on claims by a former British intelligence agent that the Russian government engaged in an elaborate effort to secure compromising information about Trump and that members of Trump’s staff repeatedly communicated with the Russian government during the campaign. At least some of those allegations appear to have already been disproven, but according to the Wall Street Journal, the FBI continues to investigate possible ties between the Trump campaign and Russia, as it has been for months.

Comey is without a doubt a man of personal integrity, but over the past six months, he has shown repeatedly that his perception of his skill at managing high-profile political investigations vastly exceeds his actual ability. He improperly inserted himself into the 2016 campaign twice, first in July when he violated Department of Justice rules to pass judgment on Hillary Clinton’s conduct, and then again in October when he violated further Justice guidelines to comment on an ongoing case during the waning days of a campaign.

At the same time as Comey was publicly maligning Clinton, he was refusing to answer questions from Congress about whether the FBI was investigating Trump (it was), all while sources within the bureau were repeatedly leaking damaging information about Clinton. Furthermore, Comey in October refused to sign an assessment by other members of the intelligence community finding that the Russian government had intervened in the election — a fact with obvious relevance to the electorate. These issues together had already cast doubt on the FBI’s ability conduct a fair investigation into Donald Trump under the current chain of command. The fact that Comey will now be leading the probe while under investigation himself make it completely untenable.

Read: How Russia Wants to Undermine the U.S. Election

The situation will only be made worse when Senator Jeff Sessions is confirmed as attorney general and given the duty of supervising Comey and any Justice investigations that are underway into Trump. Sessions did not just endorse Trump and campaign repeatedly for him, he also officially joined his campaign as chair of its national security advisory committee. It is simply impossible for the American people to have confidence that Sessions can conduct a fair investigation into a campaign of which he was a senior official.

This matter requires an unquestionably independent investigation because the outstanding questions go to the heart of our democracy and to the legitimacy of the Trump presidency. They include:

• Did Trump campaign officials – or intermediaries such as Roger Stone – have knowledge of the Russian government’s campaign to hack the email accounts of Democratic party officials and release the information through Wikileaks?

• Did Trump campaign officials, including former chairman Paul Manafort – who once worked for a Putin-backed autocrat in Ukraine – change the party’s platform at the behest of the Russian government?

• What are the extent of Trump’s business dealings in Russia, and is there any truth to the allegations the Russian government is sitting on information with which it plans to blackmail him?

• Did Trump campaign officials such as incoming national security advisor Michael Flynn, a paid contributor to the Kremlin-financed RT television network, participate in the official Russian propaganda campaign to elect Trump that the intelligence community described in its public report?

An investigation led by Jeff Sessions and Jim Comey will never be accepted by the American public as having fairly and adequately addressed these questions. Sessions has never been independent from Trump, and Comey has squandered much of his reputation for fairness. It is crucial that Sessions, or Attorney General Lynch in her waning days in office, appoint a special counsel with independent authority to determine whether criminal statutes were violated, and, if appropriate, bring charges.

Furthermore, Congress should establish a bipartisan commission with subpoena power, the ability to make criminal referrals, and a mandate to hold public hearings and issue a public report. While an investigation by a special counsel is crucial, criminal investigations are not by themselves sufficient for a question that also raises fundamental Constitutional questions. The American people deserve the sort of full public accounting of what happened during the campaign and whether it presents an ongoing risk to our democracy that only a bipartisan commission can deliver.

President-elect Trump has to date resisted any further inquiry, and he seems to fear that this issue casts doubt on the legitimacy of his presidency. But it is precisely because of those doubts that we need a full and fair investigation.

Either the Trump campaign acted in coordination with a hostile foreign power to influence the election or it didn’t. If it did, the American public deserves to know the full truth. If it didn’t, Trump deserves to have these questions put to rest. Until they are, he will never obtain the legitimacy he so obviously craves.

Matthew Miller is a partner at Vianovo, a communications and public affairs firm. He was the director of the Justice Department’s public affairs office from 2009 to 2011. 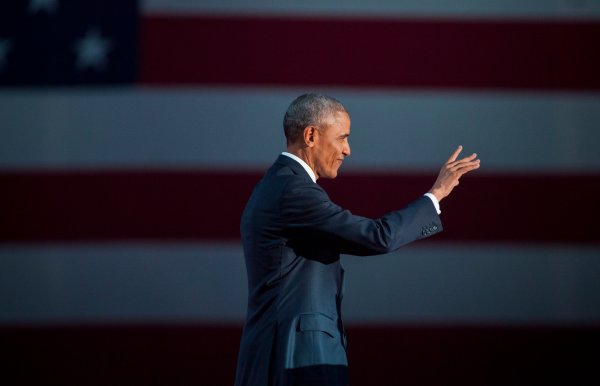