Deadpool may have lost the Golden Globe for Best Musical or Comedy to La La Land , but Deadpool is still gunning for an Oscar. The Merc With the Mouth himself, Ryan Reynolds, took to Twitter early Friday morning to release a “For Your Consideration” video pitch for the Academy Awards.

The 30-second montage of movie footage features a dramatic voiceover by Reynolds, who lists all the hilarious things that went into making the antihero flick, including 600 pounds of chimichangas, seven magical unicorns, and three good walls and a fourth that’s broken.

UPDATE: After Deadpool ultimately failed to snag an Oscar nomination, Reynolds again took to Twitter to express his alternative plans for the evening in a typically funny and gracious manner. Foiled again. 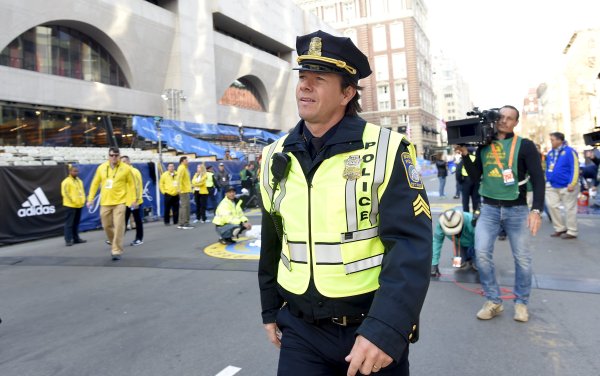 Review: Heart-Wrenching Patriots Day Dramatizes the Horror of the Boston Marathon Bombings
Next Up: Editor's Pick