U.S. Ambassador to E.U. Says It's 'Lunacy' for Trump to Back European Populists

The outgoing U.S. ambassador to the European Union has warned it would be “lunacy” for the Administration of Donald Trump to take advice from nationalist and populist politicians in Europe who are encouraging the breakup of the E.U.

Anthony L. Gardner, a former private-equity chief appointed by President Barack Obama to represent U.S. interests in Europe, said that backing those who would destroy the European project would be deeply damaging to U.S. business interests. “To think that by supporting fragmentation of Europe we would be advancing our own interests is sheer folly,” he said. “It’s lunacy.”

He expressed concern about the influence of politicians like Nigel Farage, who led the populist U.K. Independence Party in its campaign for Britain to leave the E.U. Farage was one of the first foreign politicians to meet Trump after his election victory, and the President-elect has in the past compared his own campaign to the Brexit movement. Farage has said he hopes Brexit will bring down the “failed project” of the E.U.

“There are indications that Nigel Farage holds at least some influence with the new team, and I think that’s unfortunate,” said Gardner, who was speaking to a group of Brussels-based journalists including TIME. “For 50 years on a bipartisan basis, the United States policy has been to support European integration and for a very good reason. It is not only good for Europe, it has been good for the United States, for political, economic and security reasons.”

Gardner said Trump’s transitional team had not yet contacted him personally, but that E.U. officials who had spoken to the transition team were quizzed on which countries were going to follow Britain’s lead.

“The first question asked is, ‘What country is about to leave next after the U.K.?’” said Gardner. “The perceived idea for some is that 2017 is the year in which the E.U. is going to fall apart. And I hope that Nigel Farage is not the only voice that is being listened to, because that is a fringe voice. [The U.S. mission to Europe] is going to play a critical role in saying, that’s inaccurate.”

In a statement issued after TIME’s story was published, Farage responded: “Mr. Gardner’s comments are the last desperate defense of Obama’s pro-E.U. policy. It is very important that Mr. Trump gets rid of this type of thinking and gets with the modern work. It is clear that Trump’s new team is realistic and already asking which member states will leave the E.U. next.”

There have also been concerns that Trump may pursue warmer relations with Russia and reconsider U.S. sanctions put in place after the annexation of Crimea. Gardner said such a move would send the wrong signal. “[Given] now acknowledged Russian actions in interference and meddling in our internal political system and campaign, for me it would be inconceivable and shameful if we were to consider lightening sanctions on Russia,” the ambassador said. “I think it would be inconceivable if we stop standing up for common values, whether it be the protection of international law, democracy, human rights … if we don’t stand up for our values, then what are we for?”

Gardner also took aim at the manner in which the politically appointed ambassadors had been ordered to leave on the day Trump is inaugurated, rather than make a typical, more lengthy departure. “That is a breach of precedent that has been established over decades,” he said. “The human impact of a guillotine exit on Jan. 20 is often substantial … that is not the politics I believe in, and if we lose the sense of common human decency in politics, then I think we are in bad shape.” 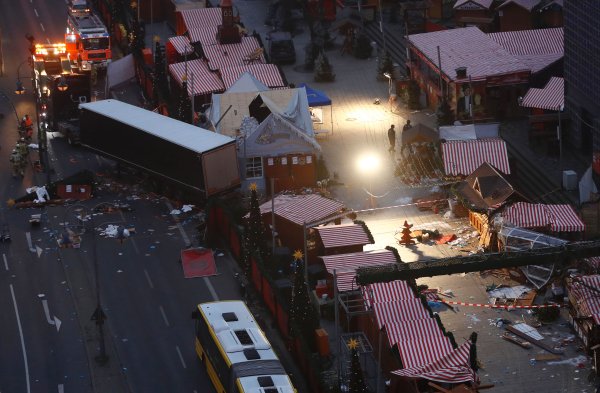