What to Know About Christopher Steele, Alleged Author of the Trump Dossier

The MI6 building, which is the SIS (The Secret Intelligence Service) headquarter, is pictured at Vauxhall Cross in central London on March 3, 2009.
Shaun Curry—AFP/Getty Images
By Tara John

The former British intelligence agent who prepared a controversial 35-page dossier on Donald Trump’s supposed connections and activities in Russia has reportedly gone into hiding.

The Wall Street Journal first identified Christopher Steele as the author of the dossier sporting lurid and unproven claims about the President-elect. It was reportedly circulating among U.S. intelligence agencies, John McCain, the FBI and journalists for weeks before being published online on Tuesday.

British media reported on Jan. 12 that the 52-year-old former MI6 offer left his home outside London before he was publicly named, in an attempt to avoid possible retribution as he was “in fear of his life.” Here what we know about him:

He was an agent for Britain’s version of the CIA

Steele attended Cambridge University, heading the prestigious college’s debating society before being recruited by the Secret Intelligence Service or MI6, his ex-colleague Nigel West told NBC. He was posted in Moscow for two years then Paris in the early 1990s, and was later responsible for running a course for new agents.

A former Foreign Office official and friend of Steele told the Guardian: “The idea his work is fake or a cowboy operation is false – completely untrue. Chris is an experienced and highly regarded professional. He’s not the sort of person who will simply pass on gossip.” The official added that Steele is “a very straight guy” and that “if he puts something in a report, he believes there’s sufficient credibility in it for it to be worth considering.”

And an expert on Russia

Steele was one of MI6’s most eminent Russia specialists. The London Times reports that Steele was working at the agency around the time Alexander Litvinenko, a former Russian agent, was murdered in London — reportedly on the orders of President Vladimir Putin. On retiring from MI6, Steele started a private research firm with partner Christopher Burrows in 2009.

U.K Prime Minister Theresa May confirmed on Friday at a press conference that the “individual who produced this dossier has not worked for the U.K. government for years,” without referring to the author by name.

He became a spy for hire

Orbis Business Intelligence, the company co-founded by Steele, is based in Grosvenor Gardens near Buckingham Palace in London. The company says it is able to mix “a high–level source network with a sophisticated investigative capability” by mounting “intelligence–gathering operations and conduct complex, often cross–border investigations.”

The company has investigated corruption at FIFA, the world soccer governing body. According to emails seen by Reuters, a FBI squad investigating “Eurasian Organized Crime” had met Steele in the British capital to discuss possible corruption allegations in FIFA. The squad later opened a massive investigation that led to numerous U.S. indictments of international soccer officials.

His Trump dossier was a paying job

Steele reportedly wanted to pass the information of the dossier, which is made up of various unsigned memos that were written between June-Dec. 2016, to law-enforcement agencies in Europe and the U.S. His business partner Burrows told WSJ: “We have no political ax to grind…the objective is to respond to the requirements set out by our clients.”

And the lack of sourcing wasn’t unusual

It’s believed the former spy tapped his network of sources in Russia for the dossier, which has been widely criticized for its lack of evidence and sourcing. But Burrows told the WSJ that when an intelligence firm like Orbis is asked to investigate something, its employees first “see what’s out there” before stress-testing the findings against other evidence.

Tim Stevens, a lecturer in global security at King’s College London university, says that the dossier looks like a weekly bulletin on what an operative “has been up to,” so it may not necessarily need rigorous sourcing. “I am not surprised by that at all,” Stevens tells TIME. It’s standard practice, he says, to keep clients in the dark about sourcing and methodology.

“If a client wants some plausible deniability, you don’t want to reveal your sources and methods outside the individual investigator itself,” he says. “The end user in Washington probably did not want to be connected to the sources this guy was interrogating.”

Now, Steele has gone to ground

Mother Jones wrote about the dossier last year, but did not mention Steele’s identity. His cover was first threatened after CNN revealed the file was put together by a British spy. The dossier’s publication on Buzzfeed created a maelstrom of coverage days before Trump’s inauguration. Trump has hit back against the dossier’s allegations, calling it “fake news” during a press conference on Wednesday. Russia has also dismissed the claims.

Steele was allegedly “horrified” by the publication of his nationality and is said to be “terrified for his and his family’s safety,” the Telegraph reports. The BBC says the father of four told his neighbour to look after his three cats at his home in Surrey, a county that borders London, before going underground. 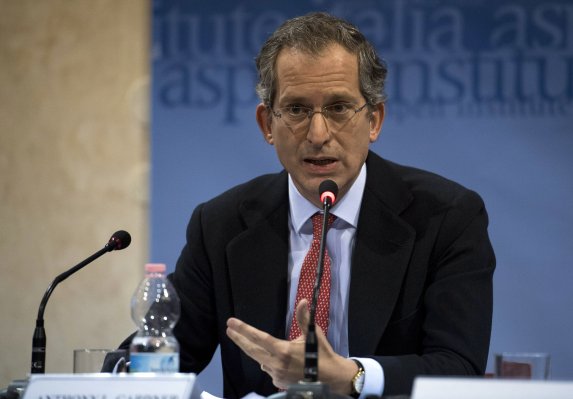