China’s state media has responded forcefully to suggestions by U.S. Secretary of State nominee Rex Tillerson that China should be barred from the artificial islands it has built in the South China Sea, warning that any such attempt would force a “devastating confrontation” and both sides should “prepare for a military clash.”

On Wednesday, Tillerson told members of the Senate Foreign Relations Committee that Beijing’s ongoing island-building strategy in the busy waterway — through which $5 trillion of trade passes annually — was illegal and “akin to Russia’s taking of Crimea.”

“We’re going to have to send China a clear signal that, first, the island-building stops,” the former ExxonMobil CEO told the hearing. “And second, your access to those islands also is not going to be allowed.”

Beijing claims sovereignty over almost 90% of the South China Sea, competing with neighbors Vietnam, the Philippines, Taiwan, Malaysia and Brunei, who also claim parts of the waterway. In a bid to bolster its presence, China has transformed seven reefs and islets through reclamation into artificial islands. The mini fortresses now host antiaircraft guns and other weaponry, according to recent analysis.

“Tillerson’s statements regarding the islands in the South China Sea are far from professional,” the Chinese Communist Party–linked Global Times declared in an editorial on Friday. “If Trump’s diplomatic team shapes future Sino-U.S. ties as it is doing now, the two sides had better prepare for a military clash.”

The state-backed China Daily described Tillerson’s remarks as “a mishmash of naivety, shortsightedness, worn-out prejudices, and unrealistic political fantasies. Should he act on them in the real world, it would be disastrous [and] set a course for devastating confrontation between China and the U.S.”

Although Donald Trump has been fiercely critical of China during his campaign, his attacks have typically focused on alleged unfair trade practices that the U.S. President-elect claims have “stolen” American jobs. The Trump Administration’s trade team has been stocked with outspoken China trade hawks, such as Peter Navarro and Robert Lighthizer.

Given that Trump campaigned on drawing down expensive military commitments overseas, many believed any confrontation between the U.S. and China would be limited to commerce, and that the South China Sea would be less of a hot spot than it has been under the Obama Administration, which stepped up naval patrols in the region.

However, Zhu Feng, professor of international relations at Nanjing University, says the South China Sea will now remain an “essential component” of Washington’s Asia-Pacific security strategy. “The entire U.S.-China relationship is a minefield,” he tells TIME. “There’s not one place to stick your foot.” 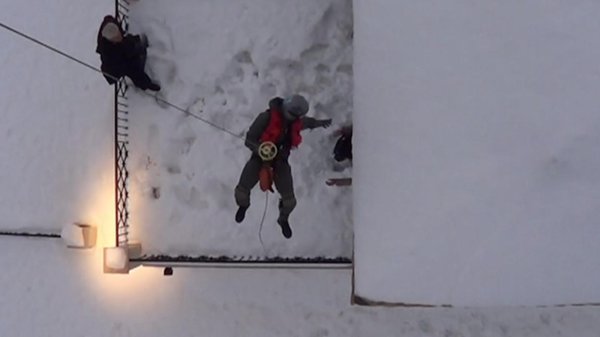