The Potential Upside to Shutting Down Military Bases

U.S. soldiers from the 2nd Cavalry Regiment before arrival of NATO Secretary General Jens Stoltenberg at the Czech army barracks on September 9, 2015 in Prague, Czech Republic. U.S. soldiers were traveling in the 'Danube Ride' convoy from their home base in Vilseck, Bavaria, Germany to Hungary.
Matej Divizna—Getty Images
Ideas
By John Glaser

Glaser is Associate Director of Foreign Policy Studies at the Cato Institute.

The United States is the only country in the world with a massive, globe-straddling, indefinite overseas military presence. There are about 800 U.S. bases with more than 270,000 troops in about 70 or 80 countries around the world. This is really a holdover from the Cold War that we kept in place, and in some areas expanded, despite the collapse of the Soviet Union.

Today, maintaining overseas bases isn’t justified by the threat of some powerful enemy state on the Eurasian continent. Instead, the general consensus in Washington is that this worldwide empire of bases makes the world more peaceful and more stable by deterring potential adversaries and reassuring allies. But a number of different factors contribute to global stability, and America’s military presence causes more problems than it solves.

These overseas bases have sometimes been referred to as the “American Pacifier.” By acting as the policeman of the world and discouraging aggression and arms races, we are supposed to pacify an otherwise conflict-prone international system.

The American Pacifier thesis is a plausible causal explanation for an empirical reality: the world really is more peaceful and more stable. Since 1945, when we first adopted this global presence, and especially since 1989, there has been a dramatic decline in the rate of inter-state war. Political scientists call it “the Long Peace.”

To most Americans, the notion that we’re living in historically peaceful times doesn’t comport with their overriding fears and anxieties about terrorism, drone warfare, cyber attacks and general feelings of global instability. But, in fact, it is true. The political scientist John Mueller famously predicted back near the end of the Cold War that conflict between developed countries—a rather frequent, and exceedingly deadly, occurrence throughout history—may be going extinct in the same way other bygone barbarities like chattel slavery and dueling have.

The Harvard professor Steven Pinker tracked the decline in violence in his book The Better Angels of Our Nature a few years ago. Everything from petty crime, to the use of torture, to the rate of war, to average battle deaths have gone down considerably. The main reason this view clashes with most people’s preconceptions is because we are also living in extraordinarily informed times. The ubiquity of news media rushing to tell people of every local robbery, every terrorist plot and every downed airplane gives people the sense that we’re besieged by instability and violence, but it’s a warped view of reality.

President-elect Donald Trump has occasionally, if inconsistently, criticized at least parts of the American Pacifier strategy, which has until now enjoyed broad bipartisan support. That has led to much handwringing in Washington. If the United States withdraws from its permanent global military presence, goes the thinking, international relations will revert to the perilous multipolar conditions that led to the cataclysms of the first and second world wars.

But it’s not at all clear that’s true. However unlikely it is that Trump will dismantle this longstanding U.S. posture, even if he did, the world would likely not descend into chaos. Indeed, there are compelling alternative explanations for the Long Peace.

First, nuclear weapons. Nuclear peace theorists like the late international relations scholar Kenneth Waltz argued that the possession of nuclear weapons among the great powers (and some not-so-great powers) makes the prospect of conflict potentially existential. It essentially puts states under conditions of mutually assured destruction, and this staves off the kind of major war common in previous eras.

Some people look at the nuclear peace theory, though, and conclude that, if anything, nukes are redundant. It is really the destructive power of modern, industrialized conventional militaries that explains war’s decline. The contemporary machinery of war means the potential costs of conflict have become prohibitive, while the gains have greatly diminished, meaning that states are more likely to compete economically or through non-state proxies than to make war.

Other scholars point to economic interdependence. Since 1950, global GDP has increased more than ten-fold, thanks to the proliferation of market economies, relatively free trade and globalization. Today’s national economies are intricately connected and continued prosperity depends on amicable international relations. Getting rich through mutually beneficial trade seems better to most people than going to war.

Still others say the real driver in our more peaceful and stable world is a simple aversion to the savagery of war. Over the past 100 years, there has been a dramatic normative shift in the way most societies see war. In the lead up to WWI, most European leaders described war as something to aspire to; it was a cleansing and glorious national experience that made a country stronger and more virtuous. These days, even the apparent warmongers among us describe it as a moral carnage and something of a last resort.

States may also be hemmed in by the norms embedded in international institutions and legal regimes, which reinforce the taboo on aggression and arguably bolster respect for territorial integrity.

Finally, there is democratic peace theory. Francis Fukuyama may have been a bit over-eager in declaring the “end of history,” but there are certainly more democracies these days. And the bulk of the evidence says that democracies, for one reason or another, tend not to fight each other. Therefore, we have less war overall.

In any case, there are a lot of plausible causal explanations for our era of peace. But there’s only one on the list—the American Pacifier—that calls on one country to carry the burden for the peace and security of the entire world. According to American University professor David Vine, author of the book Base Nation, this costs the United States an estimated $70 to $120 billion annually. That’s a heavy burden to bear. It’s part of the reason America accounts for about 40 percent of global military spending. And it actually undermines U.S. interests by getting us entangled in all kinds of unnecessary squabbles in far off lands. The entangling influence of security commitments and nearby bases helped lead us into wars like Korea and Vietnam. Our bases in the Philippines and Japan today risk sucking us into a clash with China because of territorial and maritime disputes between the countries along the South China Sea. As it turns out, this is a responsibility that most Americans want to shed.

Arguably then, the world will not descend into some violent conflagration in the absence of the so-called American Pacifier. We’re going on more than 70 years now maintaining an enormous global military presence. There is no Soviet Union to contain, no Nazi Germany to battle, no impending Eurasian hegemon to stand athwart. Surely this period of peace and stability is as fine a time as any to pull back. 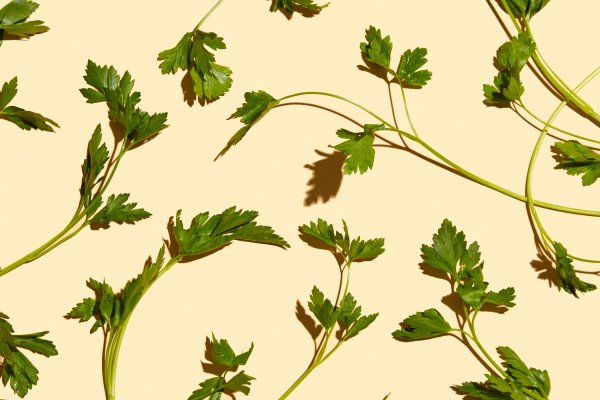 6 Simple Items to Help Improve Your Life
Next Up: Editor's Pick