Louisiana Gov. Bobby Jindal on Wednesday unveiled an alternative to replace President Barack Obama’s health care reform law, seeking to distinguish himself from a Republican Party more known for its insistence on total repeal of the Affordable Care Act.

“Repealing all of Obamacare is a good and necessary step—but not one sufficient by itself to achieve the real health reform America needs,” Jindal said in the introduction to the plan, entitled “The Freedom and Empowerment Plan, The Prescription for Conservative Consumer-Focused Health Reform.”

Jindal mocked the “liberal shibboleth of ‘universal coverage,’” saying his plan is more focused on “containing the rising tide of health costs.” Indeed, his plan would expand coverage to less than 10 million Americans, far fewer than the 30 million people Obamacare aims to cover by 2022. There are currently an estimated 50 million people in America without health insurance.

Jindal’s 26-page plan nibbles at the edges of health care reform without ever taking a bite. It doesn’t tackle the long-term issues of Medicare and Medicaid insolvency. It hardly mentions either program, which make up the backbone of U.S. health care coverage. Instead, it rehashes old Bush administration ideas and cherry picks from the best of Obama’s politically divisive reform law, without taking a serious whack at the harder stuff like how to defray risk without a mandate that Americans buy insurance.

The plan does, though, hit on all the feel good conservative touchstones: insurance plan and doctor choice, empowering markets, Obamacare repeal and preserving anti-abortion policies. It is notable that Jindal, who became secretary of the Louisiana Department of Health and Hospitals in 1996 and later served as President George W. Bush’s assistant secretary of Health and Human Services, chose to tackle health care as one of his first issues on a national stage. Given his resume, one might have expected a more comprehensive plan. But this was a plan with a specific audience in mind: Republican primary voters. Last month, Jindal formed a PAC and a conservative policy group called America Next—signs pointing to a possible bid for the presidency in 2016.

The Freedom and Empowerment Plan would create a standard deductible for all health insurance plans, whether provided by an employer or bought by an individual. This was a change first proposed in 2007 by Bush, though it failed to garner congressional support. According to one study at the time, the voluntary program would lead to about 9.2 million people buying health insurance. Those who don’t make enough to buy plans and don’t get them from their employers would get a subsidy from the government that Jindal estimates would cost $100 billion over 10 years.

Jindal also would require insurers to guarantee renewability in spite of pre-existing conditions, something they already do under Obamacare but with the incentive that the individual and employer mandates are forcing healthy people into the system, which helps mitigate the costs and risks of taking on already sick people. To address that issue, Jindal suggests “a high-risk pool, a reinsurance fund or some other risk transfer mechanism.” A similar idea, put forth by Republican Sens. Orrin Hatch, Richard Burr and Tom Coburn in their Obamacare replacement plan in January, was met with resistance by insurance companies.

Jindal would also expand health savings accounts, crack down on medical malpractice lawsuits, allow health insurance to be sold across state lines and allow groups to pool together for cheaper coverage—all Bush-era ideas. As in Obamacare, the plan would also incentivize healthy behavior, crack down on fraud and require more price transparency in the system. 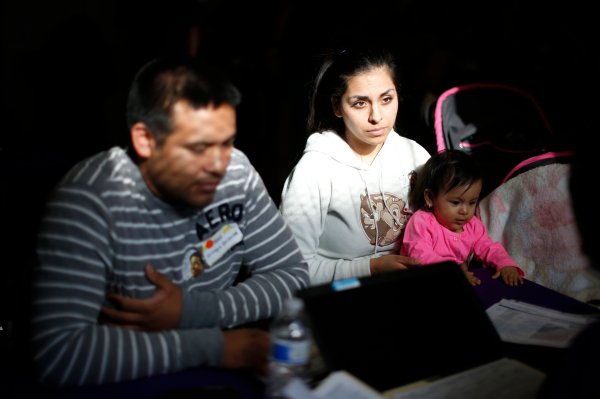 Obamacare Signs Up Over 7 Million
Next Up: Editor's Pick