A new scientific integrity policy announced this week by the Department of Energy protects the ability of career scientists at the agency to speak out as fears continue to swirl there over how President-elect Donald Trump’s incoming administration may approach science.

The policy is rooted in a view that DOE scientists are “free and encouraged to share their scientific findings and views” and says explicitly that scientists are free to discuss their work and views on scientific issues freely in a variety of settings. The policy also encourages scientists to participate in professional conferences and publish their work in peer-reviewed journals.

“It’s part of establishing the environment that allows scientist to do their work, to stay with us, and to recruit new people,” said Energy Secretary Ernest Moniz, according to a Washington Post report. Moniz did not mention Trump explicitly in the remarks.

Trump’s transition team raised fears in the agency after last year’s election when it asked for the names of department officials who worked on climate issues or traveled to United Nations conferences on climate change. The transition team eventually said the question “was not authorized,” but the fears remain among the ranks of the department’s career employees.

The controversial DOE questionnaire also suggested that data collected by the department’s Energy Information Administration (EIA) might have been subject to political influence from the Obama administration. That agency, which provides data on the energy industry to a wide variety of stakeholders, is widely respected across the political spectrum. The new DOE policy includes a rule blocking other agency employees—specifically political appointees and press officers—from trying to shape the results of scientific research.

Scientists in a variety of fields have expressed concern at the outlook for a Trump presidency, but the level of concern varies from the typical funding woes to anxiety over whether the new administration might delete data or engage in a wholesale attack on science.

“People here are saying, ‘we don’t care what that scientific evidence is, we know better,’ said Andrew Rosenberg, Director of the Center for Science and Democracy at the Union of Concerned Scientists, after news of the DOE questionnaire. “Or they’re trying to directly corrupt the scientific evidence by attacking the scientists.” 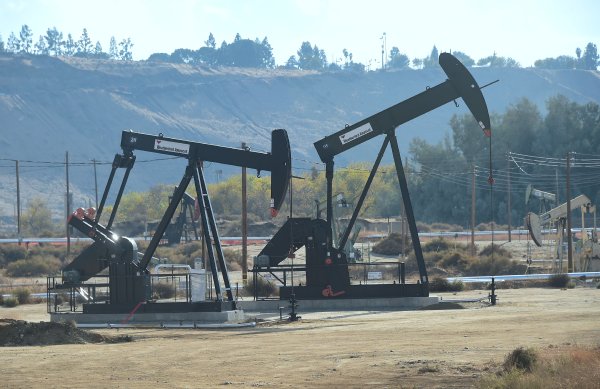 U.S. Could Become 'Energy Independent' by 2026
Next Up: Editor's Pick