The severe drought that left California parched for five years has finally started to lift in more than a third of the state this week following unexpectedly high levels of rain and snow, federal monitors said Thursday.

The news represents a remarkable turnaround from as recently as last summer when literally every inch of state experienced drought conditions. New data collected and released by the U.S. Drought Monitor this week showed that 35% of the state was free of drought conditions.

Several winter storms brought the heaviest rain and snow the state has experienced in recent years within just the past week. More than 2 inches of rain fell along the coast from the state’s northern border to Los Angeles. And more than a foot fell in parts of the Sierra Nevada Mountains, an important source of water for Californians once the snow melts. The week of storms doubled the snowpack in some locations.

Read More: Why Some California Cities Are Bracing For a Bear Invasion

Despite the positive news, though, the state still remains in the state of emergency first enacted by Gov. Jerry Brown (D-Calif.) in January 2014. Many of the state’s reservoirs still remain depleted after years of low rainfall and officials say Brown will likely wait until the end of the winter season to lift the measure, according to an Associated Press report.

The California drought has caused numerous problems for the state, leading the government to impose tough restrictions on water usage. The dry weather also contributed to devastating wildfires and harm to a variety of local species.

Scientists say similar droughts will grow in severity and frequency in the future due to man-made climate change. 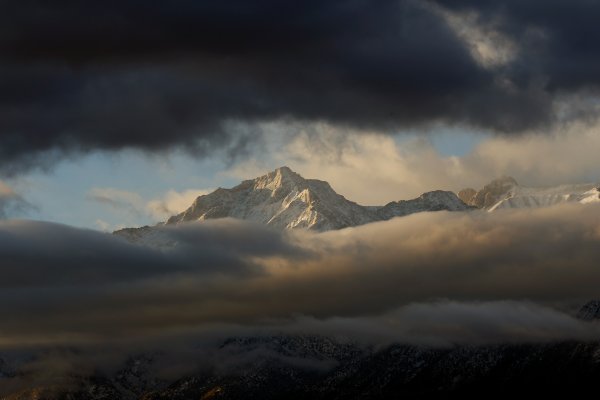 California Could Get Up to 15 Feet of Snow This Week
Next Up: Editor's Pick