Ties between Putin and Erdogan are deepening, a remarkable turnaround after Russia and Turkey’s fallout in November 2015
Ozan Kose—AFP/Getty Images
By Ian Bremmer

In the West, elites are under attack. As many of the world’s most influential political and business leaders gather in Davos, Switzerland, from Jan. 17 to Jan. 20, they will surely discuss, in public and private, how much things have changed since their gathering last year. Beyond Brexit and Trump, they’ll marvel at how Vladimir Putin and Recep Tayyip Erdogan, last year’s enemies, have become today’s fast friends. And they’ll debate what this tells us about the year ahead.

When night fell on the Soviet Union on Dec. 25, 1991, many expected that the new Russia was poised to take first steps down the long and winding road toward partnership with the West. New values, new attitudes, new energy and a fresh start–a Davos idea if there ever was one. Only at the end of the wild and destructive 1990s was it clear that Russian leaders would choose a different path. The opening of the Putin era and the rise of oil prices brought a more assertive and decidedly less friendly Russia striding onto the world stage.

Turkey has followed a similar path in recent years. Europe invited Ankara to apply for accession to the European Union in 1999, assuming that negotiations toward membership in the world’s most desirable club would smooth away any uncivilized edges. But just as Putin chafed at Western condescension and imagined a Russian revival, so Erdogan fell back to dreams of Ottoman restoration and his authorship of it. Neither would “join the West.” Both would force the West to accept them as they are, and with respect.

For years, U.S. and European heads of state have pushed back at these ambitions as deviations from the inevitable march of history. But Donald Trump is different. He understands Erdogan’s and Putin’s dismissals of elite presumption and Western critics, and their appetite for independence and authoritarian control. With Trump’s Inauguration, Putin and Erdogan have a U.S. President who accepts them on their terms. Trump will expect cooperation on what he cares about, but he won’t tell anyone how to run their own enterprises.

Russia and Turkey may be neighbors, but they are hardly natural allies, and their recent willingness to work together–particularly in Syria, where Russian jets bombed targets for Turkey in early January–is unexpected. The centers of once mighty empires, Putin and Erdogan still believe they have ground to recapture, literally and figuratively. Turkey is a member of NATO, the alliance that embodies Soviet defeat, and it’s only through Turkey that Russia’s Black Sea fleet can gain access to the Mediterranean and beyond. Mutual suspicion is the dominant historical theme.

But the Russian and Turkish Presidents are ambitious men, formidable egotists determined to dominate the political lives of their countries. Putin has achieved this dream; Erdogan means to take a major step toward that goal this year with a public referendum designed to enable constitutional changes that will grant his office important new powers. When either strongman feels the other has taken actions that diminish his authority, fingers are pointed, insults are exchanged, and threats are made. When each can serve the other’s purposes, they can become temporary allies–as they are now.

In November 2015, Russian planes were crossing Turkish airspace without permission on bombing raids in Syria. After Moscow ignored Turkish warnings, Turkey shot down a Russian plane and a pilot was killed. The message: “Don’t think you can bully me, Mr. Putin, and make me look small.” Russia retaliated via sanctions and threats. Months later, things got tougher for Erdogan at home. After a failed coup last July, he declared a state of emergency and pressed a crackdown on domestic dissent. Criticism from the E.U. and Obama Administration of his heavy-handed response deeply offended him. Putin, spotting an opportunity, expressed sympathy. Erdogan, eager for Russian backing against Kurds in Syria, apologized for the downed jet and blamed it on coup plotters within the military. With startling speed, Russia became Turkey’s “friend and strategic partner.” Not even the assassination by a rogue policeman of Russia’s ambassador to Turkey in Ankara on Dec. 19 could dent the new alliance. Both leaders condemned it as an act of terrorism.

Enter Trump. The world has grown accustomed to the impulsive leadership of Putin and Erdogan; their American counterpart has now arrived. The potential is here for an unprecedented U.S.-Russia-Turkey axis, a constellation of egos and capabilities that makes sense given the transactional style of a dealmaking President. Trump’s primary goal in Syria is to grind the bones of ISIS into dust. He sees no value for American voters in defending international agreements and principles that Russia and Turkey and their allies in Syria may have violated. For Trump, America’s interest is only in eliminating a threat to the U.S. He has no problem if Turkey drops its bitter opposition to Bashar Assad in exchange for Russia using airstrikes to keep Kurdish forces from expanding territory. From Trump’s perspective, that’s just good business.

For all those watching from other parts of the world, this is the new order. Trump has declared independence from the responsibility to play global policeman. His role, as he sees it, is to protect and serve only his country and his countrymen. Values are for suckers.

Trump is no isolationist, though. He’s a unilateralist. Like Putin and Erdogan, he’s going to do things his way. He’s going to trust his instincts on where and when to intervene. He’s going to improvise. Traditions will matter only where Trump believes they provide useful leverage. If Putin likes me, he said at a Jan. 11 press conference, “that’s called an asset, not a liability.”

Though they might envy the audacity, Europe’s current leaders don’t have this sort of freedom. The E.U. may ease sanctions on Russia, particularly when its members decide Trump isn’t supporting their resistance, but they can’t embrace Putin as a useful partner and accept that Crimea is now forever part of Russia. Europeans can keep paying Turkey to stem the flow of Middle Eastern migrants into the E.U., but they can’t renounce opposition to Erdogan’s willingness to jail journalists and stated intent to bring back the death penalty. Trump doesn’t face these contradictions. He cares nothing about Ukraine, he doesn’t fear a Russian annexation of Alaska, and he isn’t worried that Syrian refugees will wash ashore on North Carolina’s Outer Banks. He believes these are American advantages, and he won’t apologize for them.

It should be clear, even at Davos, that Cold War triumphalism and assumptions about the inevitable global adoption of liberal values are long gone. The world’s only superpower will sometimes partner with egotistical rogues to secure deals on favorable terms. In short, powerful people in Washington now accept that the U.S. is just another country. For the first time ever, the sitting Chinese President will attend the conference, signaling to the world that China–with its interest in protecting a predictable status quo–will begin to take on jobs that Trump doesn’t want. It remains to be seen how long Beijing will be willing and able to shoulder this burden.

And Davos will debate how long the Turkey-Russia-U.S. axis can last. It probably won’t be long. Ego and common interests brought these leaders together. Ego and divergent interests will push them apart, perhaps soon. That’s the thing about transactional relationships. They make sense in the moment, but they’re only available to those with something to bargain with. When trust, constancy and shared values are absent, the world is left to build its alliances on shifting sands. 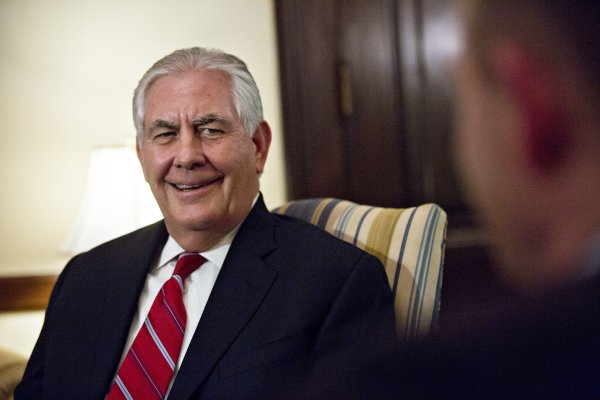